To share your memory on the wall of Albert Lamothe, sign in using one of the following options:

Provide comfort for the family by sending flowers or planting a tree in memory of Albert Lamothe.

Provide comfort for the family of Albert Lamothe with a meaningful gesture of sympathy.

It is with great sadness that after a short and courageous battle with cancer we announce the peaceful passing of Albert Lamothe beloved husband, loving father and grandfather on October 22, 2020 at the Gimli Health Centre.

Albert was b... Read More
It is with great sadness that after a short and courageous battle with cancer we announce the peaceful passing of Albert Lamothe beloved husband, loving father and grandfather on October 22, 2020 at the Gimli Health Centre.

Albert and Margaret were married in 1957 and raised their family of daughters (His Four Queens) Debbie (Darrell), Barb (Terry), Vicki and Pam (Rick) in Transcona. He will be greatly missed by his grandchildren, Lyndsay (Casey) & Danielle, Cory & Stephanie, Joseph, Ava & Canaan and Erin as well as great grandchildren London & Rhys and Kyson.

Albert worked on the Alberta Oil Riggs, for Manitoba Hydro and ultimately becoming a co-owner of Westland Steel.

They spent their retirement in Parksville, BC and Gimli, MB where they made many lifelong friendships. Early on in his retirement he took up the hobby of woodcarving. He quickly became a self-taught artisan having pieces displayed and sold in the Gimli Art Gallery as well as becoming a valued instructor at New Horizons.

A lifelong passion of Albert's included sailing. He built his first sailboat from scratch, including hull & sails; took a sea voyage on the Bluenose II in Lunenburg, NS; a catamaran excursion in Hawaii and a deep-sea fishing trip in San Francisco where he caught a salmon for dinner.

He had many other interests including, curling, cribbage, billiards, and traveling across Canada with his family in a trailer from coast to coast.

Like most men Albert enjoyed his toys. Snowmobiling on "Old Blue" and of course his Harley; he even put a ski on the front for winter use.

Earlier on he hunted duck and geese like his father. Later he preferred watching all wildlife from afar, especially his eagles. He had a talent for identifying any bird call.

He would never pass up a good classic John Wayne western and could pick a mean guitar.

He was known to all as the ultimate handyman. If it was broke...he could fix it, if it didn't exist... he would design and build it.

I stood watching as the little ship sailed out to sea. The setting sun tinted its white sails with golden light as it disappeared from view, a voice at my side whispered, "he is gone". But the sea was a narrow one, and on the furthest shore a band of long missed family and friends had gathered to watch in happy expectation. Suddenly they caught sight of the tiny sail. At the very moment when the voice had whispered "he is gone", a glad shout went up in joyous welcome with the words, "Here He Comes"!

The family would like to thank the palliative staff at the Gimli Health Centre for supporting them and providing him with exceptional and compassionate care. A special thank you also goes out to Pastor Rick and Mona Josephson.

The family will hold a private event to mark his passing. Flowers are gratefully declined. Should you wish, donations may be made to Cancer Care Manitoba.

Receive notifications about information and event scheduling for Albert 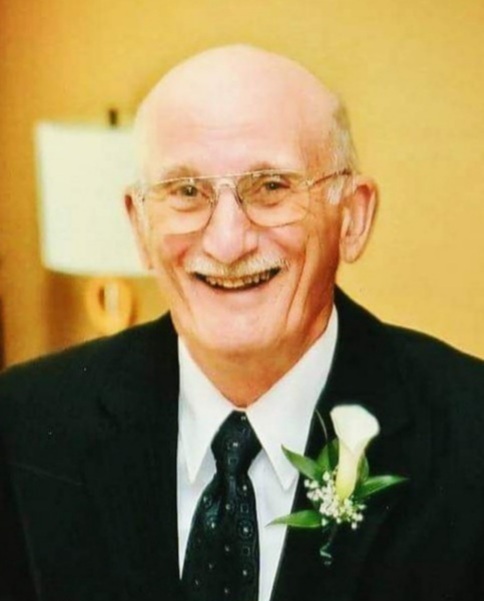 We encourage you to share any memorable photos or stories about Albert. All tributes placed on and purchased through this memorial website will remain on in perpetuity for generations.

Albert lived a wonderful life, full of family and love. We will miss his smile and laughter. Our condolences to the entire family.
Gil, Carolyn & Rae
Comment | Share Posted Oct 28, 2020 at 01:04pm via Condolence
TW

He sounded like a very well lived man. Reminds me of my own Dad. He is now sailing up in heaven with all those that went went before him. Maybe carving a beautiful eagle to fly down here and watch over you all!
Comment | Share Posted Oct 27, 2020 at 04:45pm via Condolence
TK

Auntie June, Deb, Barb, Viki, Pam and families. What a beautiful tribute to a very wonderful man.
In time may your many cherished memories bring you peace.
I have so many memories of spending time with Uncle Albert as a young child to more recently. Time in his company was always fun and special. Hugs and love to all of you!
Comment | Share Posted Oct 26, 2020 at 07:18pm via Condolence