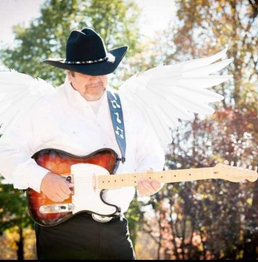 It is with heavy hearts that the family of Mack Kirton announce his passing on July 11, 2022. He is so loved and deeply missed by his wife, Susan their children, Kevin, Richard, David, Dustin and Matthew. He was an amazing Papa to his grandchildren, Brandon, Caleb, Kevin Jr., Jordan and Jenessa, David, Shane and Hailey, Liam and Lucas and a very proud great-Papa to Andy. He was a loving brother, exceptional uncle and faithful friend and all who had the privilege of being loved by Mack will miss him tremendously.
Mack was one of nine children, born and raised in Winnipeg’s core area. The stories of his childhood shenanigans with his neighborhood pals are legendary and have provided the family with endless laughter. He trained as a social worker and entered a career in corrections where he made many lasting friendships and earned the respect of his coworkers and supervisors. While this path was often a difficult one, he saw his career as an opportunity to serve and offer guidance and connection to those he encountered.
Mack was also a connected and dedicated volunteer in his community. He was instrumental in the founding of the Friendship center on Selkirk Avenue and was involved in a variety of programs and events in those days. As an avid sports lover (go Blackhawks – or as we called them, the Mackhawks!), Mack coached hockey and football in the community for years. He also took up Hapkido and attained his blue belt.
Throughout his life, Mack turned to music to express himself, de-stress and connect with family and friends. He taught many of the younger generation in the family to play the guitar and has accompanied many clueless parents to music stores to pick out gifts and accessories for their budding musicians. He enjoyed picking away on his guitar alone or jamming with whoever found their way to his campfire but his favourite moments were spent practising and performing with his brothers, Darrell and Rick. There was nothing like a family gathering when the uncles pulled out their guitars and started taking requests.
Mack was also a fantastic storyteller. He could spin a yarn that had everyone laughing to tears and he wasn’t afraid of being the punchline of his own stories – or making you the punchline next. His deep interest in family history paired with his genuine interest in knowing those around him gave him endless material for his next tale. He held within him the stories of our generations and told them time and time again so we, in turn, would know them and tell them, too.
It was this desire to connect and be present that made Mack a faithful attender of nearly everything he was invited to. He always, always showed up – for sport events, birthdays, graduations, backyard bonfires, concerts, a round of golf and hangouts in the park – or anything else he got wind of. He found so much joy and contentment being with his large extended family and looked for opportunities to join in the fun – or create the fun himself.
Mack was a wonderful cook and could often be found in the kitchen at family events. He worked diligently to make delicious meals to share with those he loved – whether he was at the grill for a pancake breakfast at the farm, slinging some bannock ball soup with his nieces or whipping up a special meal for just him and Susan, he took the same great pride and care in his efforts.
Mack could come across a little rough around the edges, but he was truly a big, old softy. He even earned the handle, Uncle Teddy Bear, from a few of his nephews. He was endlessly generous with all that he had, especially his time and his presence. He loved so deeply and so completely that many would claim to be his favourite – and they would all be right.
Mack could love so freely and so deeply because he knew he was loved the same. His steadfast faith in God fueled and framed so many of his life experiences and relationships. Mack’s faith gives his family hope, though his absence from us here is devastating, there will be a reunion with him one day. Until that day, we will continue to show up for one another, tell the stories Mack told and love generously, just as he loved us.