To share your memory on the wall of Barbara Buffie, sign in using one of the following options:

Provide comfort for the family by sending flowers or planting a tree in memory of Barbara Buffie.

Provide comfort for the family of Barbara Buffie with a meaningful gesture of sympathy.

It is with the deepest sorrow and much love that we mourn the passing of our beloved wife, mother and grandmother. Barbara peacefully passed away with her family by her side at the Se... Read More
BARBARA BUFFIE
April 10, 1938 - March 24, 2021

It is with the deepest sorrow and much love that we mourn the passing of our beloved wife, mother and grandmother. Barbara peacefully passed away with her family by her side at the Selkirk Regional Health center due to complications from diabetes and congestive heart failure. She is finally free from years of illness and pain. Barbara will be forever missed by all whose lives she touched. The world has lost an intelligent, brave, and independent woman who inspired so many with her courage, resilience and determination.

Left to celebrate her life is her dedicated and loving husband Howard of 58 years who affectionately referred to her as Pumpkin, three daughters Laura (Jeff), Carolyn, Heather (Dana) as well as two wonderful grandsons Taylor (fiancée Rachael) and Quinn. She also leaves an extended family and many close friends.

Barbara was an ethical person who was modest and humble about her numerous passions and accomplishments. Her true passion was Education. Barbara’s association with the River East School Division began in 1978 when she served as a citizen member for four years. In October 1983, Barbara was elected to the Board of Trustees of the Division. Over the next twelve years she served on all standing committees of the Board. She was elected Chairperson of the Board of Trustees from 1992-1993. Due to illness, Barbara did not seek re-election in 1995. After a period of recuperation, she was successfully re-elected in a by-election to the Board of Trustees. She was involved in the amalgamation of River East School Division and the Transcona School Division. During the fifteen years as a member of the Board of Trustees she was also a member of the Superintendents Task Force and served as a Regional Director of the Manitoba Association of School Trustees and was twice elected to the position of Provincial Director for that organization.

Barbara was also appointed to the Board of the College of Physicians and Surgeons as a Public Representative on the Complaints Committee. It was a position she was proud to serve on for eight years.

Barbara was an avid reader, gardener, gourmet cook, had a keen interest in fashion and loved to entertain. In addition to all of her interests, Barbara loved to travel. Howard and Barbara shared many adventures. They looked forward to their annual winter vacation in Lucaya, Grand Bahamas. They spent many years travelling to Hawaii, Florida and embarked on many cruises to various destinations. Summers were also spent travelling as a family across Canada. These road trips left her daughters with lasting memories to cherish.

Throughout the past seventeen years, Howard and Barbara had split their time between their home in Sidney by the Sea on Vancouver Island and on the family farm in Manitoba. It was here in Manitoba that they created a home which leaves us with everlasting memories and feelings of her presence. These feelings will continue to sustain us during this difficult time and for years to come.

The family would like to offer our sincerest thanks and gratitude to all the wonderful staff in the Dialysis Unit, Medicine Ward 1, and the Emergency Department at Selkirk Regional Health Center for their exceptional and compassionate care that Barbara received over the past few months. All of the hospital staff went beyond what anyone could have expected. We will be forever grateful to you all.

At Barbara’s request, a private celebration of her life will take place at a later date.

Receive notifications about information and event scheduling for Barbara 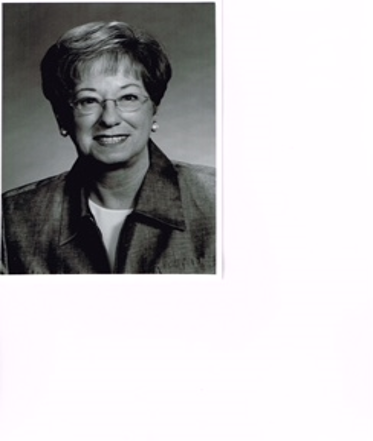 We encourage you to share any memorable photos or stories about Barbara. All tributes placed on and purchased through this memorial website will remain on in perpetuity for generations.

So many memories growing up spending Christmas with you all . Auntie Barbara was always the life of the party and you couldn’t have said it better , she loved to entertain . She will be missed for sure . I know my dad and grandma Howey are there to greet her 🤗
Comment | Share Posted Apr 08, 2021 at 02:59pm via Condolence