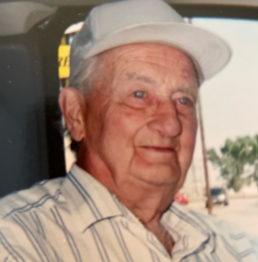 Peacefully, on March 11, 2022, Carl Thorlakson passed away at the Health Sciences Centre.

Carl is predeceased by his first wife Faye, his parents, his son Craig, and his second wife, Lilliana. He has left to mourn his daughter Deana (Ken), son Derek and his four grandchildren Cole, Michael, Cory and Hannah.

Carl lived in Manitoba all his life. He met his wife Faye at a dance and said “I’m going to marry her” the moment he saw her. And in 1955, he did just that! In his early family days, he loved camping and spent many summers in Detroit Lakes making lasting friendships. These experiences instilled a love of family camping in all his children. Carl was involved in his children’s activities and coached son Craig’s hockey team. One of his most memorable life moments was traveling to Sweden with the team. Unfortunately, Carl lost Faye when she was 37. This was a devastating blow for the family, and he had the challenging role of single father of three. Good fortune smiled on Carl when he found love again with his second wife Lillianna. The two married in 1981 and enjoyed life together until Lili passed away in 2017. They enjoyed gardening, trips to Gimli and the beach. The two were close with Lili’s family and enjoyed family gatherings and dinners. Carl was very proud of his backyard garden. He planted vegetables and brightly coloured flowers. He was pleased with his bounty, and it was a labour of love for him. Another labour of love was maintaining his vehicles. He spent many hours detailing them and keeping them in pristine condition. In most recent days, Carl enjoyed a simple coffee and hanging out with “the boys” at Tim Hortons. The pandemic ended most of that and Carl felt the loss keenly. Thankfully, he was able to see friends a few more times before his passing. His illness was brief and painless; he quietly passed on. We have comfort thinking that he is reunited with those he loved.

A service will be held in Carl’s memory on Tuesday, March 22 at 1:00 pm at the Neil Bardal Funeral Centre 3030 Notre Dame Avenue. Carl will be laid to rest following the service in Brookside Cemetery.