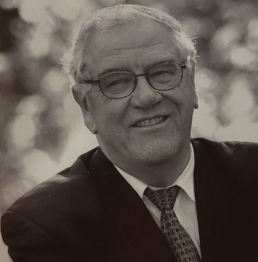 Charles Curtis, former Deputy Minister of Finance for the Province of Manitoba, passed away peacefully on November 15, 2022, at the age of 91 at Misericordia Place PCH, Winnipeg. Charlie was predeceased by his beloved wife Hilda in 2016 and granddaughter Cailie in 2019. Married for over 61 years, he was an exemplary husband, father, and grandfather. He is survived by his daughter Nancy (John), grandchildren Meaghan and Shona and three great-grandchildren. Charlie knew how to be a great Dad and amazing Grandpa, family time and making memories was especially important. Whether it was swimming and waterskiing at the lake (first Clearwater Bay and later Sioux Narrows), reading bedtime stories or playing games, Charlie put his heart and soul into it and is dearly missed. One of his great-grands very appropriately adds an extra “great” to his moniker.

Born and raised in Winnipeg, Charlie graduated from The University of Manitoba School of Commerce. He became a Chartered Accountant in 1955 and was awarded Fellow (FCA) in 1974 for his contributions to both the Institute and his community. He was a Past President of the Institute of Chartered Accountants/CPA Manitoba. In 1997, Charlie returned to U of M as Executive in Residence at the Faculty of Management (now the Asper School of Business).

Rotary was an important part of Charlie’s life. A member of the Rotary Club of Winnipeg, he had more than 52 years perfect attendance under his belt by the time he stepped away a few years ago. He enjoyed visiting Rotary clubs all over the world. He was the Winnipeg Club honorary treasurer for many years and a proud founding contributor to the Rotary Club of Winnipeg Permanent Endowment Fund. He was a Paul Harris Fellow.

Often called “Mr. Manitoba” during his career, Charlie would refer to himself as a “humble bookkeeper.” Charlie’s accomplishments were celebrated many times throughout his life. In 1989 he was the recipient of the Lieutenant Governor’s Award for Excellence in Public Administration. In 1996 Charlie retired from the Manitoba Department of Finance after almost 30 years, having served under five Premiers. He was Canada’s longest serving Deputy Minister of Finance, having held that position for 20 years. He pioneered Asian bond markets and learned to speak Japanese, a feat of which he was immensely proud. During his career with the Department of Finance, Charlie also functioned as Chairman of Manitoba Hydro, Chief Executive Officer of the Manitoba Energy Authority and Chief Executive Officer of MTX. In retirement Charlie served as a special advisor to the Manitoba Department of Finance. In 2003 Charlie was inducted into the Order of Manitoba. He was made an Honorary Life Bencher of the Law Society of Manitoba in 2013. He also served on the Boards of Manitoba Hydro, Centra Gas, Mizuho Corporate Bank (Canada), the Winnipeg Commodity Exchange, and was a member of the Winnipeg Foundation Investment Committee and the Museum of Man and Nature Investment Committee.

A private family interment will be held in the spring at Kildonan Presbyterian Cemetery.

In lieu of flowers, please consider a donation to the Rotary Club of Winnipeg Permanent Endowment Fund or a charity of your choice.