To share your memory on the wall of Ethel Mair, sign in using one of the following options:

Print
On Sunday, December 20, 2020, after 72 years of life, our Mom, Amma, and loving wife suddenly passed away with family by her side after a courageous 2 ½ year battle with ALS.

She is sadly missed by her husband of 49 years, Jim; dau... Read More
On Sunday, December 20, 2020, after 72 years of life, our Mom, Amma, and loving wife suddenly passed away with family by her side after a courageous 2 ½ year battle with ALS.

Ethel was born on April 7, 1948 in Winnipeg but grew up in Selkirk, MB. In 1971, Ethel completed a teaching degree at the University of Manitoba, and in April 1971 she met the love of her life Jim at an education conference in Milwaukee, Wisconsin. They were married in Selkirk in August 1971. They spent their first year of marriage teaching in God’s Lake Narrows. They later lived and worked in Fort Alexander/Sagkeeng and in Winnipeg. In 1979, Ethel, Jim and their oldest daughter Melissa moved to Thompson, where Ethel taught for 4 more years. After Andrea and Ian were born, Ethel operated a home daycare for 10 years. She always had a special ability to relate to children and early childhood education was one of her passions.

In 1997, the family moved back to Winnipeg. Ethel unfortunately was diagnosed with thyroid cancer earlier that year, but true to her nature approached the diagnosis with optimism and curiosity. Thankfully her treatment was successful, and she was able to live many more years.

In Winnipeg, Ethel continued to work in various positions that allowed her to apply her strengths in supporting children and youth, including as a day care teacher, CFS emergency support, and educational assistant (EA). As an EA, she was particularly sought out for her ability to work effectively and compassionately with students with special needs.

Outside of her paid work, Ethel was a dedicated volunteer. Over the years Ethel was involved in La Leche League, Scouts Canada, tutoring adults learning to read, various church groups, and refugee sponsorship, in particular with the North End Sponsorship Team (NEST). Dozens of families and individuals have had the love and support of Ethel as they came to Canada for their new life. She was a second mother to many.

After Jim retired in 2010, Ethel and Jim were very fortunate to travel almost around the world to Costa Rica, Scotland, England, France, Australia, India, and Iceland, along with many other trips to the states and all over Canada. Many of the trips were to visit relatives that Ethel had maintained contact with over the years.

Ethel was a strong woman who did not shy away from making her opinions known. And she was incredibly kind, patient, compassionate, and optimistic. When she was diagnosed with ALS in July 2019, Ethel did not see her diagnosis as a death sentence, despite the reality of the disease. As ALS progressively took away more of her abilities – speaking, eating and some mobility – she took each of these changes in stride.

The family would like to thank the WFPS paramedics and the doctors and nurses at St. Boniface Hospital ER and ICU; the health care team at the Motor Neuron Clinic at Deer Lodge Centre and the ALS Society of Manitoba for all their support over the last several years; and finally, the hundreds of family and friends who have sent condolences.

A service will be held at a later date when all of the immediate family can attend, and, hopefully, others. Notice will be sent out by social media. In lieu of flowers, donations may be made to the ALS Society of Manitoba, Messiah Lutheran Church, North End Sponsorship Team Inc., or Hospitality House Refugee Ministry Inc
Read Less

Receive notifications about information and event scheduling for Ethel

We encourage you to share your most beloved memories of Ethel here, so that the family and other loved ones can always see it. You can upload cherished photographs, or share your favorite stories, and can even comment on those shared by others.

Posted Dec 30, 2020 at 05:48pm
Farewell, Ethel, LLLC Leader, you will be missed by your La Leche League Manitoba community. My condolences to Ethel's family, during this very sad time: you were her inspiration for her volunteer work. Ethel was a Co-Leader of the Winnipeg Red River Group for several years; she always brought us back to the basics of what babies need from their mothers and parents in the early years. Ethel's approach was kind, gentle and practical: she accepted all mothers and supported them as they needed it most. She shared many stories from her own family, including her breastfeeding history, as well as her journey to become a LLLC Leader. She and I were the grandmamas of the group but she reminded me that we still had wisdom and experience to share with new moms. Countless mothers felt supported and cared for after a chat with Ethel when she was on the LLLC breastfeeding phone helping line. I am so sad to hear Ethel has left us. LLLove Liz Hatherell
Comment Share
Share via:
A

Thank you so much for your kind words Liz. I remember you working with my mother. So nice to hear from you and be reminded of her great work with LLL. My sister and I have been lucky to have her support and be our personal LLL help line, even just recently with the birth of my second child a few months ago. Take care and thank you for your friendship with my mom. -Andrea
M

Posted Dec 28, 2020 at 08:46am
Ethel was sincere and Kind person. I only knew her a little through La leche League. Where She was a long standing volunteer. With great courage and friendly knowledge She cheered Mothers on. She will be greatly missed. My condolences to all who knew her.
Comment Share
Share via:
WK

Posted Dec 23, 2020 at 10:16pm
Sad to hear of cousin Ethel's passing. I had planned to see you last July before my holiday from Australia was cancelled. Good memories of the last time we saw each other at the Rocks on the Sydney harbour, shivering while dining on Moreton Bay bugs for dinner outside on that cool evening of 13 July 2016 with one of my sons, Robert, and his girlfriend. Our thoughts are with you Jim. 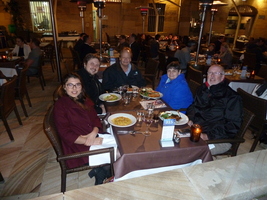 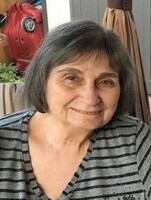