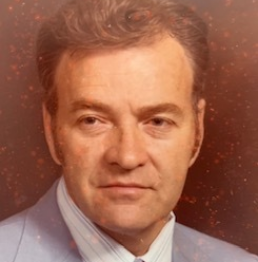 Born and raised in Winnipeg, Fletcher attended Earl Grey School and Kelvin High. After graduation, he began post-secondary studies at United College, graduating with a B.A. in 1948, and then earning a B.A. (Hons) from the University of Manitoba in 1949. Medicine, however, was his true calling. He enrolled as a medical student at the University of Manitoba, graduating with an M.D. in the class of 1955. It was during his time as a medical student that he was introduced to Mary Louise Bell, a nursing student who obtained her RN in 1952. It was the perfect match. They married in 1953 and, two years later, celebrated the birth of their first child. By the end of 1963, five children inhabited the Baragar household.

Specialising in rheumatology, Fletcher’s post-graduate training included a two-year stint in Edinburgh, Scotland. Upon his return to Winnipeg in 1960, he resumed practice, primarily at the Winnipeg General and St. Boniface Hospitals, and then after 1963, at the newly constructed Manitoba Rehabilitation Hospital. He became a Fellow of the Royal College of Physicians and Surgeons of Canada in 1962 and joined the Faculty of Medicine at the University of Manitoba in 1963. He worked hard to secure the necessary resources for the treatment of patients suffering from arthritis, and to encourage students and new graduates to consider a career in this branch of medicine. In 1972, he was appointed Director of the University of Manitoba Rheumatic Disease Unit at the Health Sciences Centre, a position he held for ten years, and then, after a four-year reprieve, for an additional six years. In 1994, The Royal College of Physicians and Surgeons of Canada honoured him with the Region 2 Regional Award (often referred to as ‘the unsung hero award’) “[f]or his outstanding contributions as a medical educator and for his contributions to the community.” He retired in 1997, at the age of 70.

Fletcher’s activities and interests extended well beyond medicine. He was very fond of music. He loved to sing, and did so in school glee clubs, church choirs, the Bison Men’s Chorus, the Joie de Vivre senior choir, and at countless Sunday ‘Sing Songs’ and impromptu home gatherings with family and friends. He was, for many years, a supporter and member of the congregation of the United Church and of the Winnipeg Rotary Club and served on the Board of Regents of the University of Winnipeg. He liked to curl and for many years skipped a rink at the Wildwood Club in Fort Garry. He enjoyed playing both chess and bridge and was not without skill in either. He was an avid reader, devouring the daily newspaper, weekly newsmagazines and, during holidays, a range of escapist paperbacks.

He also loved the outdoors, and especially the lake country in the Whiteshell Provincial Park. His parents were among the first cottagers at Winnitoba, and Fletcher grew up spending his summers at ‘the lake’. Ever since, there was, for Fletcher, no place he would rather be. A new cabin followed shortly after the arrival of their first child, and Fletcher and Mary Louise were soon fixtures of the lake community. He averred that a morning swim and a bowl of porridge was the best way to begin the day, and he adhered to that regimen well into his eighties.

Fletcher was always at ease with other people. He genuinely enjoyed their company and loved to tease and joke. Few were spared, and newcomers were often caught unawares. He was, though, invariably generous with his time and could be counted on for assistance or support whenever and wherever it was needed.
In his final years, Fletcher resided at the Riverview Health Centre. The family would like to extend their thanks and sincere appreciation to the medical and support staff at Riverview for the superb care they provided for Fletcher during that period.

Donations in memory of Fletcher can be made to the Arthritis Society or to United Way Winnipeg.

A memorial service and celebration of Fletcher’s life will be held on Wednesday, June 29, 2022 at 1:00pm at the Neil Bardal Funeral Centre, 3030 Notre Dame Avenue, Winnipeg. For the health and safety of all of our guests, at the family's request, please wear face masks.