To share your memory on the wall of Frank Barlishen, sign in using one of the following options:

Provide comfort for the family by sending flowers or planting a tree in memory of Frank Barlishen.

Provide comfort for the family of Frank Barlishen with a meaningful gesture of sympathy.

We are sad to announce the unexpected passing of Frank Barlishen at home on May 2, 2021.

Frank was born November 7, 1942 to Peter and Doreen, and not long after became big brother to James. Frank went to school in Killarney, then was a... Read More
We are sad to announce the unexpected passing of Frank Barlishen at home on May 2, 2021.

Frank was born November 7, 1942 to Peter and Doreen, and not long after became big brother to James. Frank went to school in Killarney, then was a graduate of the Faculty of Engineering (Civil) at the U of M. He worked for DOT up north in the summers and, after graduation, for a consulting firm in Port Arthur, Ontario. He returned to the U of M for grad studies and then worked as a Water Resources Engineer with the province for 30 years before retirement, the cottage and grandchildren beckoned. He enjoyed his work and made many lifelong friendships. He was a very generous man, volunteered for SJB school, canvassed for charities and was always, always willing to help anyone with anything, along with an opinion on how to do it the right way. Frank loved the rink, and coached ringette and hockey at RH and SJF.

Frank and Diane (Gottfried) were together for 59 years, married for 57 of them, and raised four children together. Their 50th wedding anniversary was a treasured event with family, friends, fine shrimp, and a not so-fine anniversary chorus.

There were many classic family vacation road trips - six people in a wood panelled, always overheating station wagon, possibly some thrown tires and leaped fences, or for a special treat, camping in an old Volkswagen van. Like all Winnipeggers, there were a lot of trips to Grand Forks and margaritas at Paradiso.

Frank and Diane’s home was a gathering place with an open-door policy. Someone was always stopping by, knowing they would be welcome, whether they were happy, sad or in need. They enjoyed hosting all kinds of parties and get-togethers with Diane providing the top-notch catering services and Frank providing the not quite top-notch entertainment. He loved his Peking shrimp, turkey necks, leaving no plate uncleaned or floor morsel unclaimed, and finishing ice cream cones and freezies for his grandchildren. Frank also loved his sometimes long overdue DIY projects, where there may have been some falling off ladders and creative uses of rope-tied horseshoes.

His favourite place was the cottage he built with the help of his sons, a hammer, and lots of swears. He loved watching people have fun there playing baseball, horseshoes, volleyball, frisnok, swimming and enjoying the fire (but only if the wind was in the right direction).

Frank was known for his frugalness for himself but more so for his generosity to others, his ability to drop food on his shirt constantly, his willingness to share his wise advice, his stories to his grandchildren about his escapades as a young man, fondness for cars especially his Thunderbird and many Taurus wagons, his sweet tooth, baby snuggling skills, enjoyment of Harry Chapin and crossword puzzles, swimming at the lake and skating at the community club, watching his grandkids play sports and adding his unofficial coaching expertise, and most importantly, never turning down Diane’s cooking.

Frank was grateful for the many people in his life who so valued their time with him – his loving wife, Diane, children Kim (Mark), Chris (Wendy), Cam (Melanie) and Craig (Danielle), his most favourite people in the world, grandchildren Kevin (Laura), Kira and Claire, Carter and Colten, Zoey and Abby, and Anders and Everly, as well as niece Karen (Christophe) and grandnephews Calvin and Simon, brother James (Edie) and family, and brothers-in-law Jack (Gloria), Ronald, Kurt (Barb) and families. Frank was also looking forward to meeting his first great grandchild in June. Other special people in Frank’s life included Colin and Gwen, JoAnne, Paul, Steve and family, and his Coffee Club crew. Predeceased loved ones that Frank is now sharing his many opinions with include his mom and dad, his in-laws John and Fjola Gottfried, sisters-in-law Brenda and Susan, brother-in-law Bob, nephew Robbie and niece Amy.

Frank wanted everyone to know, “I had a ball.” So did we.

The family is having a private service in the summer and interment in Gimli.

In lieu of flowers, donations to Rossbrook House or any charity of your choice would be appreciated.

Receive notifications about information and event scheduling for Frank 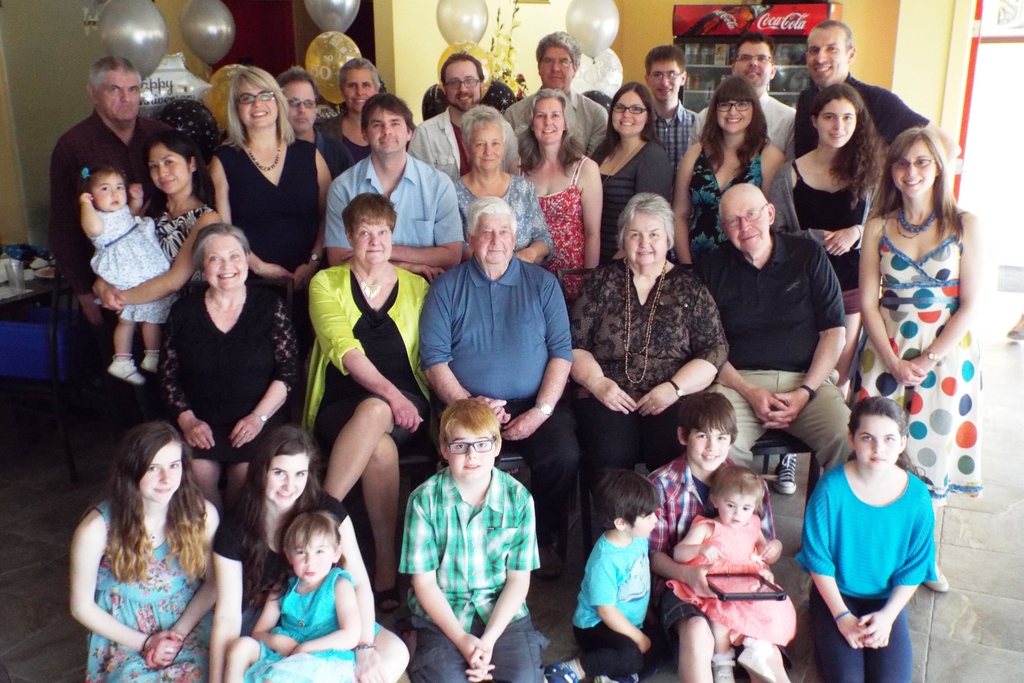 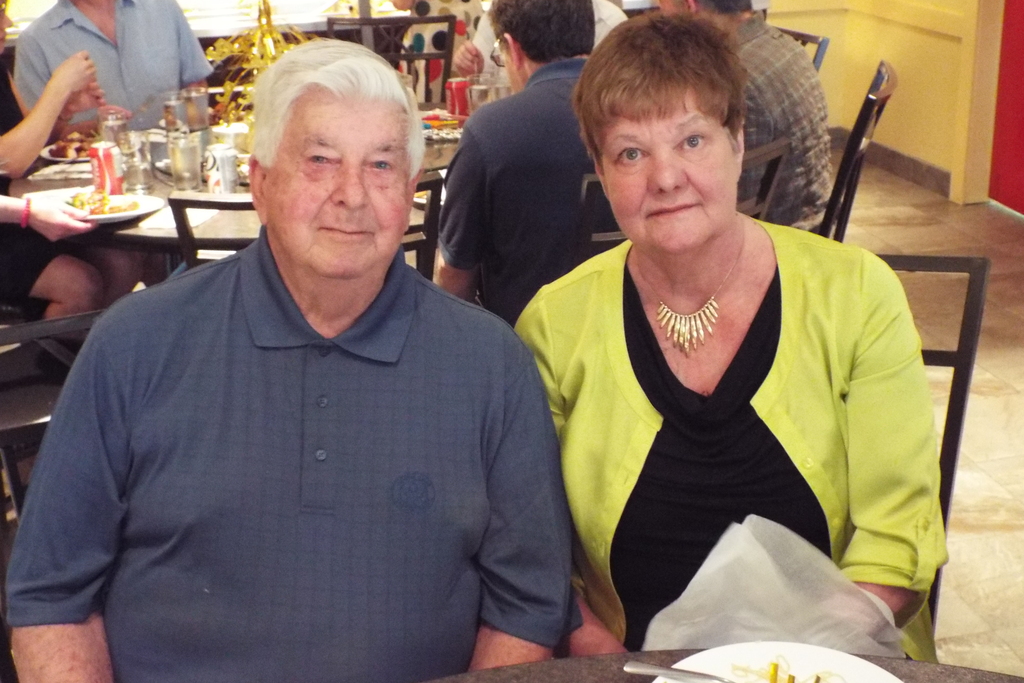 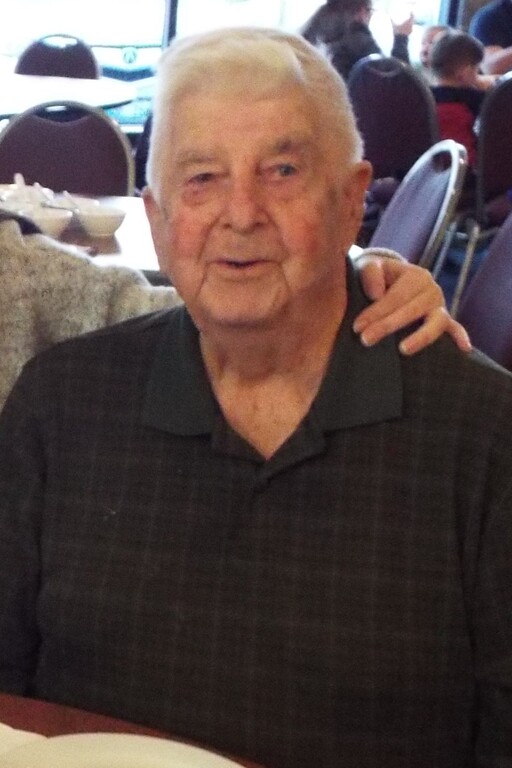 We encourage you to share any memorable photos or stories about Frank. All tributes placed on and purchased through this memorial website will remain on in perpetuity for generations.

Uncle Frank always knew how to have a great time and made sure everyone else did too. I loved our long summer visits to Winnipeg and the lake where Frank always made sure there was plenty of fun for the whole family. Memories of fireworks, station wagon cruising, long beach days and bonfires, and of course any type of ice cream treat are the foundation of my childhood. I’m so lucky to have had an uncle like him, he was an amazing human and will be deeply missed.
Comment | Share Posted Jun 11, 2021 at 03:05pm via Condolence
CP

Frank had a staring roll in some of my favorite childhood memories. He was always fun to be around even when he was yelling at Chris or Cam. He could alway be talked into going for a cone. His love of licorice could only be rivaled by my father. Nobody could make a better raspberry milk shake than Uncle Frank. The road trips to the Gimli where we all listened to Harry Chapin with 9 kids crammed in the back of the wagon...good times. My daughter came for a vist a few years ago and has not stopped talking about Franks livingroom lazy susan of candy. He was the best Uncle and a good friend to my parents. He will be missed by all who knew him.
Comment | Share Posted Jun 02, 2021 at 10:23pm via Condolence
KS

He really was the best grandpa in the world, and I’m so lucky he turned out to be mine. He was a man of refined tastes (half eaten popsicles, salami on apple pie, ketchup in soup, and anything that kind of looked like food lying on the floor) and valuable lessons (how to swing a baseball bat and throw a horseshoe the right way, how to eat an ice cream cone, that an outfit is never complete without a little stain from the last meal, the importance of family and unconditional love, and to approach things and life with a good sense of humor and fun). As he said to us once, just sitting on the cottage deck, that he was one of the first people to ever hold us when we were born. He was always a big part of our lives growing up throughout the years, I’m so thankful we had him as long as we did and the good times we had together. I know we’re all going to miss him and think about him a lot in many moments, big and small.


Dear Diane & family. The 5 of us are sending BIG hugs to you all at this time. Remembering your gentle, kind, sweet Frank. Frank will be remembered as very successful because his kids AND so many of their friends loved to spend time in their home & cottage, always feeling welcome. Your loving family brought Frank such pleasure & joy. We hope the precious & crazy memories you have in your minds will help to ease any pain from loss that you may hold in your heart right now. Friends cannot take away sorrow but we want you to know we send our caring thoughts to you at this time. May this gentle fella RIP. Sincerely, Douglas, Sheila, McGuire, Karver & Kourtney.
Comment | Share Posted May 11, 2021 at 09:47am via Condolence
KS

A wonderful grandpa in every way and a loving, caring, generous, and content man. I have many happy memories over the years - water fights, popsicles, baseball, and sitting on the deck, and more recently our car rides to the lake and working on crosswords. I could always tell that he enjoyed being with his grandkids as much as we enjoyed spending time with him. It was always quality time.
I learned a great deal from him, whether it was how to use the “tractor”, or his creative solutions to projects, or simply to recognize the things that are important and to know when to take it easy.
I am truly fortunate to call him my grandpa. He will be dearly missed but remembered with a smile.