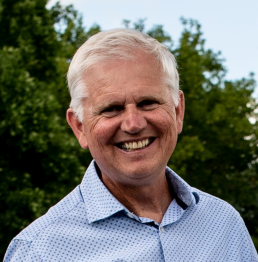 Bob Fast, 65, passed away unexpectedly at home on October 7, 2022. He was born on September 3, 1957 to Harold and Anne (Schellenberg) Fast in Altona, MB. He grew up in Rosenfeld and at the age of 12 moved to Winkler. After high school Bob felt called to pursue a Christian college education and a more intimate relationship with God. He spent three years at Providence College (Winnipeg Bible College), where he met the love of his life, Dale Allison, while travelling and performing with the College Singers. In September 1979 Bob and Dale got married. Over the next six years Bob started work at the Bank of Montreal and their daughters Errin and Heather were born. His work with the bank took him first to Calgary, back to Winnipeg, up north to The Pas, and finally back to Winnipeg. In 2014 he took early retirement from the bank and went to work at Investor’s Group. Bob had been eagerly anticipating his retirement in June of 2023.

Bob was a man of sincere faith who lived to serve and mentor all those around him. He was passionate about laying a firm foundation for organizations and leaders to flourish. Bob believed strongly in connecting with others and studying the scriptures in small groups. He sat on various boards including a term as moderator of the North American Baptist Conference. He leaves his work with the board of Pioneers Canada and Whyte Ridge Baptist Church unfinished.

Bob loved his family deeply and took delight in caring for them in practical ways. From the time he got married he cooked a big breakfast every Saturday for his wife, later his children, and eventually his grandchildren, too. He could be found in his beautiful yard on any given Saturday, puttering, gardening or giving yard tours to his granddaughters. He loved being outside, walking (regardless of the weather!), riding his bike, visiting with neighbours, and taking his granddaughters to the park.

While we deeply mourn his passing, we find comfort in knowing that he has fought the good fight. He has finished his race and is now in the presence of God.

Bob is survived by his devoted wife of 43 years, Dale, his daughters, Errin (Kevin), Heather (Matt), and his six precious granddaughters, Allison, Annabelle, Alexandra, Brielle, Everly and Vivienne. He leaves behind his siblings Shirley (John), Donna (Errol), David (Tannis), Roma (Al) and Patricia (Murray). He also leaves to mourn the Allison family, Robert and Kathryn, and their children Brian (Leanne), Craig (Esther), Mark, and many nieces and nephews. He is predeceased by his parents, Harold and Anne, and his brother, Donald.

In lieu of flowers the family is asking for donations to ministries Bob held dear; Pioneers Canada and Lake Nutimik Baptist Camp.