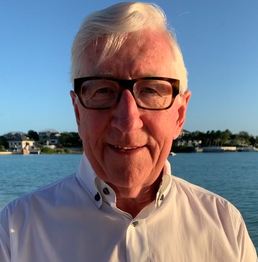 It is with heavy hearts and great sadness that we announce the sudden passing of our incredible husband, father, grandfather, brother and friend, on March 9, 2022, at the age of 74 in Winnipeg, Manitoba. Harvey is preceded in death by his father, Bert, and his mother Ella. He is survived by his wife Edie, his 2 daughters, Sheri (Nathan Monk) and Michelle (Neil Munro), his grandchildren Colin and Theia, siblings Don (Wilma) and Mavis (Nick Fedorchuk), niece and nephews and a plethora of close friends.

Harvey was born in January, 1948 in Saskatoon. He was raised by his Mother Ella and Father Herbert. He attended Westmount Public School and Bedford Road Collegiate. There were always neighbourhood kids to play kick-the-can, road hockey, or baseball. He loved his dog Prince. As a teenager he played goalie for a local hockey team. To earn money while attending school he worked at an Esso station in downtown Saskatoon.

It was in Saskatoon that he met the love of his life, Edie. They were married in November 1968 and went on to celebrate over 50 years of marriage. In 1969 Harvey and Edie moved to Winnipeg to pursue his dream of being a small business owner. He managed three Esso stations before buying his own Esso franchise. He had a very successful career with Imperial Oil/Esso for approximately 35 years, after which he owned and operated Westwood Auto Tec until he retired. Harvey cared greatly for the community and his clients, and served them well for many years.

Harvey’s passion for business and horses were a perfect union during his time as a Board Member of the Manitoba Jockey Club at Assiniboia Downs. There was a joy that racing brought to his life when he spoke of the horses he owned, the incredible friendships he formed, and the people he got the opportunity to know and work with at the Downs.

Favorite pastimes for Harvey included tennis, golf, and traveling with Edie as well as his family and friends. He cherished spending time in Toronto with his two girls, their husbands, and most importantly his two grand children. He made trips with his family a priority, and of course there was never a dull moment on those sun-drenched Warner family vacations.

Harvey always did right by those around him, and it was an honor to have him as our father who represented our family with such grace, elegance and charm. He was a rock to many, an inspiration to others, and the world to us. Dad, we love you more than words can describe.

In lieu of flowers, donations can be made to the Heart and Stroke foundation, or to a charity of your choice.