To share your memory on the wall of Isaac (Ike) Toews, sign in using one of the following options:

Dad was predeceased by his cherished wife, Ruth. His parents, Isaac and Margaretha, and brothers Dave and Walter, passed several years ago. He is survived by brothers Art, Hank, George and Eddie and one sister, Margareta.

Dad was born at Arnaud, Manitoba, January 17th,1930. He learned many life skills growing up on the farm, which served him well in his adult years. The most significant was his work ethic and perseverance, shaping his character and his belief that he could do anything, if he simply tried.

And so, when he met his beautiful Ruthie, in residence at the University of Manitoba, he convinced her to marry him after they earned their degrees. Dad studied Agriculture and developed a love of all things living, especially trees and plants. He was proud to identify the names of every plant around us, in both English and Latin. He worked at a variety of occupations until he finally moved to Winnipeg from Brandon, to work for Shur-Gain, the animal health division of Canada Packers.

Dad worked hard, was on the road often, but still had time to help raise four children and share his talents and interests with us. Every summer we went on a camping trip, alternately exploring Canada’s beauty to the north, south, east and west. We rarely missed a tour, a museum or a “point of interest” along the way. Dad loved to sing and had a wonderful baritone voice which he joyously used in his Barbershop Quartet in Brandon, as well as his church choirs. Some of his proudest moments were when three generations were represented in the choir on Sundays, at the United Church in Meadowood, along with his daughter, Retha, and grandson, Matt. His favourite hymn was “How Great Thou Art”, as the words expressed so much of how he felt.
Another passion of Dad’s was his carpentry. He became so enthralled with building things that he took on his most ambitious project ever, the cottage at Louise Lake, near Kenora. The memories are invaluable and will be forever cherished by his children and grandchildren.
Dad was a Mason and Shriner. He played in the Fife and Drum band and developed lifelong friendships through the many events and travels with his unit.

Dad also enjoyed winter trips with Mom to Barbados for several years and then, to celebrate their 50th wedding anniversary, they explored Italy and Greece. It came to be their trip of a lifetime. His travels after mom passed were never the same, he said, because he couldn’t share the memories with her. He found solace with his thoughts walking daily in the ”Spirit Woods” of Seine River Forest.

Dad experienced declining health during his last few years. He was strong physically, survived Covid, but eventually, lost his will to cope with his dementia.

The family is extremely grateful to the wonderful care he received at Golden Links Lodge and we would like to thank all of his caregivers there.

After Dad’s cremation, his ashes will be scattered with Mom’s at the Neil Bardal Garden of Memories. A celebration of his life will be held at a later date.

Donations in Dad’s memory can be made to Save Our Seine, online @www.saveourseine.com
or by mail:P.O.Box 83, 208 Provencher Blvd.,Wpg., Mb., R2H 3B4
Read Less

Receive notifications about information and event scheduling for Isaac (Ike)

We encourage you to share your most beloved memories of Isaac (Ike) here, so that the family and other loved ones can always see it. You can upload cherished photographs, or share your favorite stories, and can even comment on those shared by others.

Posted Apr 28, 2021 at 04:21pm
So sorry to hear about your Dad. I have such wonderful memories of both of them plus all of you during all our years with Fife & Drum!!
The BAND will be playing even louder now with your Dad in Heaven with most of the members!!
Love to all of you
Pat Allenby
Comment Share
Share via: 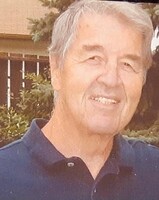