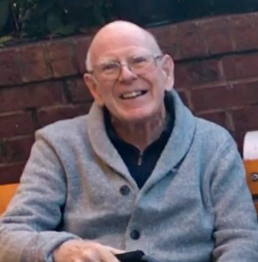 It is with great sadness and heavy hearts that we announce the passing of James Eric Gowler, who passed away peacefully at St. Boniface Hospital at the age of 85 years.
Jim is survived by his wife Beverley, and his 4 children Kent (Leanne), Scott (Charlene), Janice (Glenn), and Trevor (Teen), and his 7 grandchildren Quinton, Madelyn, Jessica, Sarah, Erica, Lauren, and Duncan.

Jim was born in Boissevain, Manitoba on December 26th, 1936. As a young man growing up in this welcoming Southwest Manitoba community he was surrounded by family and friends. As a teenager he admired his grandparent’s business and later worked in his parents International Harvester dealership. His passions revolved heavily around the art of photography, earning his pilot’s license and flying planes, and his enthusiasm brimmed as a tenor in his Barbershop quartet. He would’ve prided himself as always being in focus, on-key and pulling off soft landings. At 17, in a chance encounter, and a movie romance type of way, he met the love of his life. Perhaps the captivating Beverley Brown didn’t know that evening that she would share a beautiful life with Jim, but he did, as he proudly declared to his parents that he had met the woman of his dreams. It took charm, relocating to Winnipeg, and a new job at the downtown Royal Bank branch to culminate in their wedding October 24th, 1959.
This is when Jim got busy. The newlyweds relocated to Boissevain where in a few short years they promptly bought a home, had four children and opened two new businesses; “Gowler’s Furniture & Appliances” and “The Gift House”. They did everything together. In the late sixties Jim, Bev, and family chose to move again to Winnipeg to explore new business opportunities. This time period involved purchasing “The Spinning wheel Gift Shop” in Clear Lake and creating “Gowler Furniture and Giftware agency” out of Winnipeg, both businesses that still currently exist today.
Jim’s passion for the Clear lake business community was apparent to anyone he spoke with. This enthusiasm was on full display when he and Bev felt compelled to purchase “The Park Theatre” in 1976 in Clear Lake. They had come full circle. Their first date was at the movies and now they lived it everyday. Jim was especially proud of this business and their beautiful peeled log building. He gave no less than ten thousand tours explaining the unique construction and well-maintained vintage theatre projection equipment. He and Beverley attended with great joy the annual Movie Theatre exhibitor conferences held across Canada. In the following years, with family participation, Jim and Beverley were willing to add to the stable of Clear Lake businesses. This involved purchasing “Lee’s Holiday Bungalows”- a collection of charming vacation rental cottages, and creating “The Park Bench Gifts”- a complimentary gift boutique to their existing business.
Jim, a quintessential businessman, loved what these various businesses could offer him. As the expert salesman that he was, he travelled across Western Canada with his Furniture & Giftware Agency and established lifelong relationships with his many clients. He enthusiastically took reservations for eager tourists for his summer rental cottages. As an innovator of sales and marketing, (before it was a thing) he continued his quest to be certain that every visitor to Clear Lake left with a souvenir from one of his stores. His joy was apparent as he invited customers into his movie theatre for a taste of Hollywood and perhaps he especially relished selling his concession fare to jubilant attendees.
Mostly though, his true happiness originated from being able to work closely his whole life with Bev, his children and his grandchildren. He had a lot of joy in his life. He travelled extensively with Bev and his family. He loved his Scottish Terriers. He loved parades, He was a kind and generous man with a big smile. His life was a family affair, just like Jim wanted.


A service in honour of Jim will be held on Saturday December 3rd 2022 at 11:00am, at Broadway First Baptist Church, 790 Honeyman Avenue, Winnipeg

In lieu of flowers, donations may be made to the Alzheimer Society of Manitoba or Broadway First Baptist Church.