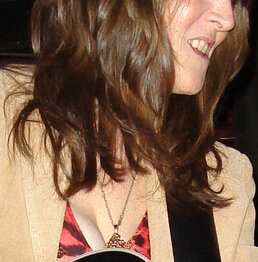 Beloved friend to so many, our dear friend Janet passed away peacefully on February 27. Janet was predeceased by her father Robert (Bob) Tweedie (1982) and her mother, Margaret (2020), as well as several very close, dear friends and is also predeceased by her fur babies Tippy, Rusty, Tuffy, Samson, Dakota-the gentle giant, Whiskers and many cats.

Janet is survived by so many amazing friends she called her Angels without whom, Janet would not have surpassed her original multiple myeloma diagnosis of 3-5 years. She is also survived by brother, Graeme (Anne) and sister, Marilyn (Harvey), nephews Drew and Mitchell, and nieces Erin and Allison and their beautiful children, Audrey, Henry and Jacob.

The year Janet was born, the Tweedie family moved to La Riviere, MB, and then to Pilot Mound in 1970. Janet started her schooling in La Riviere and graduated with the Pilot Mound Class of 1981, making many forever friendships. In her grad year, Janet took a couple of credits at Nellie McClung, and much to the chagrin of the teachers, it was at the same time that Kim was also back for some extra credits. Good times lol

Janet missed her dad after he passed in 1982 and often commented how things changed at home because her siblings were older and not around much and her mom was often at work. After her mom retired and moved to Winnipeg 1988, Janet enjoyed good visits and laughs with her mom, her Grandma Marie and her Aunt Janet who were all living together. Janet also had a special spot in her heart for her two nieces who reached out often over the years and sent Janet pictures of their children; thank you so much, Erin and Allison, this meant a lot to Janet <3
Janet started her career in the food industry at the Rock Lake Personal Care Home. After moving to Winnipeg, Janet worked at a variety of jobs starting with graphic design, where she met her dear friend Robin. She then switched back into the food industry as a Supervisor at A&W. It was then that Janet decided to study Integrated Food Systems Services at Red River Community College. Janet secured an excellent job at Pine Falls Hospital and her and partner Dawn moved to Grand Marais.

Unfortunately, plaguing back issues forced her off work for a needed back surgery. We know that Janet, from a young age, suffered from chrohns and also had surgeries related to that.

Janet, still eager and wanting to work, was able to re-train in Business and Information Technology in 1998 and landed a helpdesk support position. She really enjoyed the IT world and helped a lot of friends and people in her neighborhood with any computer related issues they had. Sadly, she had to go on disability, as once again, her health took her down and she was unable to work. And just to clarify for anyone misinformed, yes, Janet really was sick and no, she wasn’t too lazy to work!

In 2003, Janet was diagnosed with Multiple Myeloma Cancer and at the time was advised life expectancy was 3-5 years but that statistics were changing and the new overall survival was a rate of 5-15 years. Through Janet’s sheer determination, as well as the steadfast support of her earthly angels, Janet surpassed the odds and with us for 19 years before her peaceful passing.

As a gifted musician, in additional to her beautiful voice, Janet played several musical instruments and enjoyed being part of several bands over the years. Despite the many health battles, Janet did her best to work as much as she was able, including hosting karaoke nights in Grand Marais. She also brought her ‘one woman show’ to venues in and around Winnipeg and enjoyed jam nights at the Royal George in Transcona. Janet was adamant to try to work and what better way than share her talents and love of music.

Special thanks to the excellent caregivers at Health Science Center and Jocelyn House Hospice, making her final days the best they could be.

In accordance with Janet’s wishes, cremation has taken place and her ashes will be interred and laid to rest with her father and mother at the Greenwood Cemetery in Pilot Mound.

Please join us at 2:00 pm on Thursday, July 7, 2022 for graveside memorial interment at Greenwood Cemetery in Pilot Mound, MB. Immediately following, we will gather back at the LaRiviere Centennial Park picnic shelter to visit, and starting approx. 4 pm, will share stories, pictures and a couple of videos of Janet performing, and perhaps even an unplugged jam with the musicians who will be in attendance. Please BYO favourite beverage to the park and we will also have ice water and munchies available. For those wanting dinner, SIGGI’S will be open for us, taking pre-orders at the park between approx. 3-4 pm (cash only), and will deliver our orders back to the park at our pre-selected times.

In lieu of flowers, donations would be appreciated to the Rock Lake Personal Care Home, 424 Broadway Ave., Pilot Mound, MB, R0G 1P0, or to the Swan Valley Animal Protection League – www.svapl.ca/donate or to anywhere you know would make Janet smile 