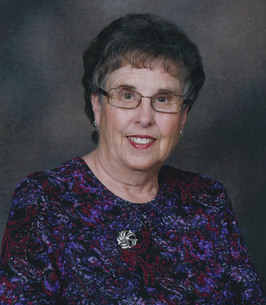 It is with sadness that the family of Kathleen announces her passing on May 22, 2022 in Winnipeg.

She is survived by her son Robert (Bob) of Winnipeg, brother-in-law Larry Findlay of Cincinnati, Ohio, nieces and a nephew, many cousins and friends.

Kathleen was predeceased by her parents Mary (1993) and Ernest McLeod (1967) and a son Kenneth in 1960 and her sister Eileen Isobel Findlay in 2003 and her former husband Derry McKinnon.

Born in Neepawa on December 29, 1934, Kathleen McLeod grew up on the family farm and attended school at Brookdale Manitoba. She attended Brookdale United Church and participated in the CGIT and the 4-H Calf and Sewing Clubs.

Following Grade XII at Brookdale, she moved to Winnipeg to attend Success Business College. Kathleen worked diligently throughout her career. Her employment as a stenographer and later secretary took her to the Federal Government (DBS), Office Overload, M. H. S. C. and laterally the Manitoba Centennial Centre Corporation, retiring there in 1989. She was privileged to attend many concerts at the Concert Hall.

Kathleen was dedicated to her son Bob. She enjoyed knitting, quilting, sewing, square dancing and trips to the USA and Ontario to visit with family and friends. Her faith and involvement with the United Church, its committees, and the UCW were important to her. She served on committees in the Royal Canadian Legion and its Ladies Auxiliary. Kathleen (or Kay as she was known in Winnipeg) was honoured to work with the Korea Veterans Association Unit 17 in Winnipeg. She made many friends with the veterans and enjoyed her visitations to Deer Lodge Centre.

One cannot forget her love of attending the Winnipeg Goldeyes games with friend Margaret Morran. Trips to other ballparks, either by car of bus, to cheer on the team were most enjoyed over the years.

A graveside service will take place at Neepawa Cemetery at a later date.

Thank you to the staff at Health Sciences Centre for their care.

Donations in her memory can be made to McClure United Church, Winnipeg or the Winnipeg Humane Society.