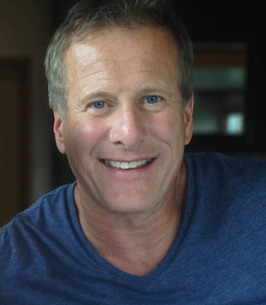 With great sadness, we announce the passing of Ken, loving husband to Debra, adoring father to daughters Hailey and Kayla, and beloved brother to Theresa.

Ken was born February 18, 1964, and was raised on the family’s century-old farm near Tolstoi, Manitoba. Ken was always a hard worker with a strong work ethic, helping his parents with the many tasks that came with farming. He cherished his days on the farm and the peace and quiet that came with country living. In 1983 he found employment with CN Rail where he worked for 10 years before joining Eecol Electric in Winnipeg. Ken held several roles at Eecol, most recently, regional sales manager, a position he excelled in and enjoyed. He made many friends and acquaintances throughout the electrical industry. He truly enjoyed the many golf trips, tournaments, and outings that involved his co-workers and clients. Ken was fortunate to retire at the end of 2018, right before his 55th birthday. He was very excited about this next chapter of his life.

Ken’s easy-going and positive personality was what attracted people to him. He had many lifelong friends and made new friends wherever he went. Ken had a wonderful sense of humour and teased his daughters endlessly - and they loved it! He thoroughly enjoyed his year of retired life and the freedom it gave him. He loved the extra time he had to spend on his hobbies, one of which was golf, where he made excellent use of his membership at Breezy Bend. He also spent more time running, a sport he’d been passionate about since his late teens. Ken ran long distance every day and only in later life did he reduce his runs to several times a week. His other favourite way to spend his retirement was chauffeuring Hailey and Kayla and their friends around. If it was a trip to the university or to high school or a party “Uber Dad” was there. This time was very precious to Ken since he got to spend some quality time with each of his girls. Ken said these were some of the best talks he had with each of his daughters.

Ken met Deb, his wife of 27 years, in 1992 after a Blue Bombers Labour Day Classic game. From the time they met, they were inseparable. To honour the day they met, they attended the Labour Day Classic game every year, only missing one, due to Ken’s health. They were married on July 15, 1995 and settled in Charleswood, where they raised their family. One of the highlights of Ken’s life was watching Hailey and Kayla grow and experience life. As a travelling foursome, Ken, Deb and the girls enjoyed many family vacations in Canada, the U.S., and Mexico. These are wonderful happy memories that will be cherished forever.

Due to unfortunate medical events a few years ago, life became difficult for Ken. But, as was his nature, he persevered and worked exceptionally hard to overcome his physical challenges. With never-ending love and support from Deb, Ken never gave up during these tough and trying times or even complained about the cards life dealt him. We are so grateful that Ken was able to spend his last days in peace and comfort at home, surrounded by so much love.

Ken is predeceased by his mom and dad, Bill and Rose Fedorchuk, mother and fathers-in-law, Verna (Dayholos) Scott, John Dayholos, and Vernon Scott.

For those who prefer to watch online, please join the