To share your memory on the wall of Manuel Dias, sign in using one of the following options:

Provide comfort for the family by sending flowers or planting a tree in memory of Manuel Dias.

Provide comfort for the family of Manuel Dias with a meaningful gesture of sympathy.

Manuel was born and raised in Vale da Serra, Portugal. He was a very smart man who attended the primary years of school. Both Manuel and his wife attended the same school but managed to never be there on the same days. In the early years Dad skipped school which was across the street and spent his days on the hill of Serra d’Aire chasing birds and enjoying nature. He later became a shepherd for his dad and took care of the herd of goats. He spent two years in the army as was required by law. As he got older he worked at the paper mill called Almonda, then as a tanner, tanning hides for a small company in a neighbouring town.

In 1967, Manuel immigrated to Canada at the age of 30 with his wife Maria Augusta and his twin daughters, who were almost two years old at the time. Manuel worked with CN Rail, in British Columbia followed by 30 years working as a Tanner for Dominion Tanners. Manuel retired at 65 years old. He graciously and proudly took on the role of full-time caregiver to his grandchildren, most certainly the best job he ever had!

In 1986, Manuel became a proud Canadian citizen. His first thirty years in Portugal certainly had an impact on his appreciation of the freedom and democracy that Canada had to offer. Manuel valued his right to vote, consistently voting in every election since 1986. He also valued Canadian bureaucracy, having lived the complexity of the Portuguese system.

Manuel lived a fulfilled life, with family being at the centre of his universe. Dad was always there to lend a helping hand. Regardless of the task, Dad always asked “how can I help?”. Dad had a strong work ethic and was the voice of reason and common sense. He had the distinct ability to light up the entire room with his laughter and jokes. Nothing could brighten up a room like his smile and eyebrow dance could.

His interests included watching wrestling, The Price is Right, and cheering for his favourite soccer team Benfica. After retirement his attention shifted towards playing with his beloved grandchildren.

His true passion and love was the outdoors. He was frequently found walking, biking and working in the fields. It is where he felt the happiest. He loved pruning trees, gardening and caring for the land. Even on his last trip to Portugal this spring, Manuel walked kilometers on the hills of Serra d’Aire and visited his ancestral lands without a map or GPS. He always remembered his way around. This was his last trip to say goodbye to friends and family.

Manuel was diagnosed with prostate cancer in 2014. He fought a valiant battle with cancer. This fall there were visible changes, and he knew his journey’s end was approaching. He was stoic, always going about his days as best he could, Manuel was a wonderful dad, grandfather and husband. He was our hero, a model of a great, kind and humble human.

Receive notifications about information and event scheduling for Manuel 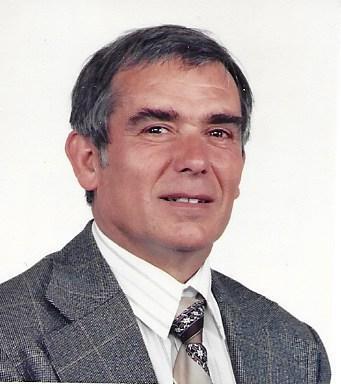 We encourage you to share any memorable photos or stories about Manuel. All tributes placed on and purchased through this memorial website will remain on in perpetuity for generations.

We encourage you to share your most beloved memories of Manuel here, so that the family and other loved ones can always see it. You can upload cherished photographs, or share your favorite stories, and can even comment on those shared by others.