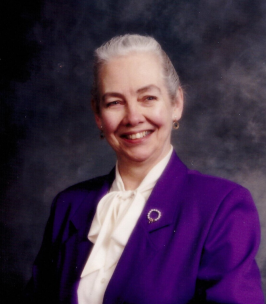 She was born in Winnipeg in 1928 and grew up on Dominion Street. She attended Principal Sparling School and Daniel McIntyre Collegiate. She received Bachelor of Music degrees in both Piano and Organ while still in Grade 12, followed by a Bachelor of Arts degree from the University of Manitoba in 1950. While in university, Margaret met and fell in love with Fred Granger. They were married in April, 1951. They built their first home on Oakdean Blvd in Woodhaven, and had three children there: Ken, David and Kathie. The Grangers moved to Brandon for one year in 1965, and then back to Winnipeg onto Athlone Drive in St. James. They resided there for over 50 years before moving to Sturgeon Creek II Retirement Residence in 2016. Margaret and Fred enjoyed 67 years of marriage before he passed away in 2018.

Margaret played the piano from a young age and learned to play the organ during her teenage years. She became a church organist at 15 years old and retired from playing 71 years later! She started at the Christian Science Church, followed by Greenwood, Knox, Harrow, Crescent Fort Rouge and finally Sturgeon Creek United Church, where she played for over 50 years. She enjoyed directing the Cheery Chimers at church and playing for the Winnipeg Senior Citizens’ Choir, soloists and choirs in the Winnipeg Festival, dance classes at the Royal Winnipeg Ballet, the Glee Club at Sturgeon Creek II and thousands of other performances.

In November 2002, 15 years before she retired, the congregation of Sturgeon Creek United Church held a celebration to recognize Margaret for her many years of service. Fred made a speech which included some amazing statistics: she had played the organ at a total of 72 locations – 49 Winnipeg churches (23 United, 12 Anglican, 4 Catholic, 3 Lutheran, 3 Baptist, 2 Presbyterian, 1 Mennonite, 1 Christian Scientist), 5 churches outside of Winnipeg (2 in Brandon, 1 each in Stonewall, Souris, and Napanee, Ontario), the University of Winnipeg and Armed Forces chapels, the Salvation Army Citadel, Rosh Pina and Shaarey Zedek synagogues, and 11 funeral homes. She played for about 1200 weddings and 800 funerals as well as approximately 3000 regular church services. These numbers did not include her many years of piano playing! Margaret was also the official accompanist for the St. James-Assiniboia School Division. Affectionately referred to as “the lady with the bun”, she played for generations of students in both school and divisional choirs.

Margaret was a loving and supportive wife, mother, grandmother and great-grandmother. She attended many sporting and musical events involving family and enjoyed having everyone together for celebrations. Margaret and Fred took many trips together throughout Canada, the US and Europe, and attended outstanding concerts wherever they went. She liked to sew and create quilts, and knitted hundreds of items to donate. While living at Sturgeon Creek II, she enjoyed the friendship of the knitting group. Margaret’s kindness towards others and positive attitude throughout her life were truly inspirational.

Margaret’s family would like to sincerely thank the Home Care workers and palliative nurses who assisted her at Sturgeon II and the staff of the Grace Hospice for their care.

In keeping with Margaret’s wishes, no funeral service will be held. If you wish, donations may be made to the Canadian Cancer Society or a charity of your choice.

Messages of condolence can be forwarded to the Neil Bardal Funeral Centre.