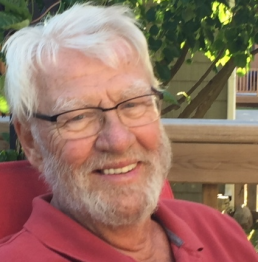 For all the people who loved and liked Pjetur Franklin Magnusson, I am very sad to announce his passing on March 22, 2022 after a long battle with leukemia. He was born in Gimli, Manitoba on November 18, 1948 to Ellen and Franklin Magnusson, both deceased. He is survived by his loving wife, Lynne, his much younger twin brother Paul (Karen), oldest sister Marilyn (Allan), middle sister Joy (Sandy), and Connie (Ingvar). He always thought of Connie as his baby sister, even though she was older than him. He is also survived by numerous nieces and nephews.

Peter grew up in Gimli, leaving to work for CP Rail when he was 17. Shortly thereafter he joined the Royal Canadian Engineers and was stationed in both Chilliwack and Germany. He returned to Canada in 1970 and worked several jobs until joining Greenleaf Products in 1987 employed in Saskatoon, Saskatchewan.

Peter met his wife Lynne at the Calgary Stampede in 1976. He was Lynne’s alternate blind date when the first choice failed to show. It was love at first sight and they were married a short time later.

Peter and Lynne spent most of their married life in Saskatoon until Peter retired in 2010. They returned to Gimli purchasing a house down the block from both Joy and Connie’s homes. There were many fun bbq’s on the back decks. Things became especially boisterous when John and Stefan were down for the weekend.
Shortly after returning to Gimli, Peter came out of retirement to work for Rona Gimli where he worked until approximately 2016. During his time in Gimli he was Supervisor for the Gimli Cemetery. He was there for ten years, only leaving when he felt he was too ill to be of service.

At Peter’s request no formal service will take place.

Donations may be made in Peter’s memory to Cancer or Gimli Humane Society.

He will be missed.