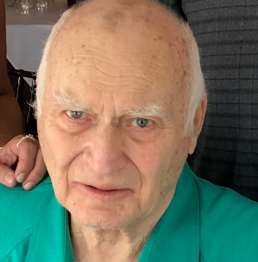 It is with great sadness that we announce the passing of our beloved dad, Robert McEwen on Sunday, November 20, 2022 at the Grace Hospital. Dad was predeceased by his beloved wife of 53 years, Florence, his parents, Bob and Mary McEwen and sister Jean.

Carrying on full of the love and guidance he provided are his daughter, Susan, son Ross (Angela) and grandchildren, Katelyn, Matt and Ryan McEwen.

Dad came from humble beginnings and quietly and diligently forged a life for himself. After graduating high school in Dauphin, he went to work in North Western Ontario to raise money to continue his education. He returned to Manitoba to study Commerce at The University of Manitoba. Dad later went on to become a Chartered Accountant. He had a career path that took him through being a Comptroller for Subterranean 30 years, a few accounting firms, The Manitoba Development Corporation and finally Deputy Director of the Manitoba Securities Commission which was his favourite work environment, primarily because of the people he worked with, many of whom became lifelong friends.

Dad and mom were able to travel many times to Maui in retirement and this brought them much joy. He was a lifelong Blue Bomber fan and instilled the love for football in Susan. A Freemason for most of his adult life, dad was initiated in the craft in 1956 and went on to hold many offices, Degrees and positions with the Lodge and Scottish Rite. He became an honorary past Grand Master of the Grand Lodge of Manitoba in 2009.
Volunteering and giving back to the community he loved and as he always said, had given so much to him, was a passion for dad. He gave countless hours to our churches; the Conservative parties of Manitoba and Canada and he was a big believer in charity. Dad gave generously of his time, talent and treasury to many causes. He was the most ethical man anyone could have had the privilege of knowing and he will be sorely missed by many.

The family would like to thank Dr. David Breckman for his care of dad over the years, the dedicated home care nurses from the WRHA, who administered his Diabetic injections everyday for several years, as well as special thank you to Tess Quinol and Delia Navarro and their families, who provided wonderful, loving compassionate care for over 6 years. It was because of their dedication to his care, that we were able to fulfill dads wish to remain in his own home until almost the end.

In lieu of flowers, the family would ask that if you are so inclined, that donations in dads’ memory be made to: The St. Boniface Foundation, The Winnipeg Humane Society, The Winnipeg Foundation or The Grace Hospital Research Foundation.