To share your memory on the wall of Ronald Howe, sign in using one of the following options:

Print
It is with great sadness that the Howe family announce the passing of Ronald Harold Porteous Howe on February 28, 2021 with his daughter Loraine at his side.

He will be dearly missed by his loving wife of 70 years, Lila May Howe (Montg... Read More
It is with great sadness that the Howe family announce the passing of Ronald Harold Porteous Howe on February 28, 2021 with his daughter Loraine at his side.

He will be dearly missed by his loving wife of 70 years, Lila May Howe (Montgomery), his daughters Beverly (Tony) Magalas of Spruce Grove AB, Loraine (Cornel) Stuart of Winnipeg, his son Brian (Ann-Marie) of Winnipeg and his sister Myra (Dave) Bennet of Neepawa.

His aspiring followers were his great grandchildren: Jonas and Evleen Jumaga, Kailey, Gabriel, Lila and Luka Magalas, Lachlann Stuart, Jackson and Brooklyn Daigle. Each one has their own story and memory of Gramps.

We would like to honor the relationship Dad had with extended family and community members that kept in touch with him throughout his life. These friendships were an especially important connection during the past year of isolation.

Dad will be reunited with his parents: Ann and Harold Howe, mother and father in law Joseph and Lena Montgomery. Sisters and brothers in law: Phyllis and Neil Gillies, Jean and Harvey Nelson, June and Lewis McGhie. Nephews: Jack Nelson, Randy Nelson and most recently Dennis McGhie.

Dad’s favourite expression was, “I wonder what the poor people are doing”. These words were our cue to understanding that Dad was feeling happy and fulfilled by the abundance of supportive friends, loving family and a cornucopia of sustenance that made him Believe in the “riches” of the life that he was living. Life wasn’t always easy but his finest memories were of camping, family, and eating hotdogs with a group of friends at happy hour.

Dad was born in Neepawa March 22, 1931 to Ann and Harold Howe. He attended Oak Dale School and later Inkerman School. After school Ron trained as a butcher and worked at Fenwicks department store. In June 1950 Ron married Lila in Arden Manitoba and then farmed with his Dad for a short time while living in the Inkerman District. In 1953 Ron was employed with BA Oil Company, then Gulf Oil where he was manager. During this time in Neepawa, Ron was a school trustee and a member of the Elks Lodge and Rotary. Ron transferred with Gulf Oil to Dauphin, Manitoba in 1970 and later moved on to the Dauphin Consumers Co-operative service station. In 1985 Ron and Lila moved to Portage la Prairie Manitoba and they were caretakers of the Odd Fellows Towers. Ron and Lila, in their spare time, guarded at the RCMP detachment. Finally in retirement they moved into Winnipeg in 2006.

The trail of friends in each place followed them everywhere. They “knew” more people than the average person by far. Company travelling through always called in or stopped; we as family had to book an appointment to see them without company.

Dad would meet people anywhere and everywhere and would have a conversation with a simple “hello”. Without ANY effort he would soon know someone who knew someone or even better a relative or even better yet find out that Dad, himself, was related to that person. His interviewing skills were incredible; one mouth two ears, listen twice as much as you talk. Simple as that.

To encounter Dad was an experience. He remembered everything about everyone he met. His trusting ability was priceless. Who loans a spare tire, when you cannot afford another, but Dad. House parties or campground parties were not complete without Dad and Mom’s food. Strangers were welcome, just a friend they had not yet met, they were still welcome. The time of day didn’t matter, just come over anyway...who does that, you ask, Ron and Lila did.

Ron’s love of music brought him much comfort. Ron’s sister Myra would come to play piano when he needed cheering up. She would record music and play to him on the phone while Dave played the drum. Ron wasn’t the best singer or dancer but that didn’t stop him. He could laugh at himself and make others laugh with him.

Dad could wrap an extension cord and organize a desk that would impress Martha Stewart. Dad had his opinions on driving a vehicle with only a 1/2 tank of gas, DON’T DO IT! The car never moved until every single flake of snow had been removed. The trunk of his car held a closet full of emergency equipment, just in case! He believed if you looked after your belongings they would not let you down...same went with humans.

Ron was proud of his family and could not believe they belonged to him! His humble manner was great when he said, “Chief” was on Brian’s office door, Beverly was a nurse and trained the medical world in computers and Loraine graduated college while dealing with health issues. Good enough NEVER was, according to Dad, and we accomplished that.

Dad was real, not perfect. His love of sports, an accomplished curler who represented Manitoba at the Corby Cup in Prince Rupert in 1969. After that experience bonspiels in rural Manitoba would never be the same. The sound of a corn broom smacking the ice would choke Dad up to this day. He groomed a few of the Nelson boys for his rink only to find out they were also his guardian angels. The party wasn’t even started if Dad wasn’t there and if that was the case the party came to him. Great memories of the left over chips and pop left over for us kids the next day. Dad had a nickname for everyone, Highpockets, Ladders, Ski, Baron, Waynner, Stewie to name a few. You never knew who he was talking about.

Clockwork loyalty, on time and always early. He taught trust and ethics. He always treated people like he’d known them for years as he probably had, we didn’t know for sure. Ron loved having tricks played on him, the subject of campground stories would be of Ron being the target on purpose. It didn’t matter how long a conversation with Dad was he always appeared to NOT be in a rush, even though he probably had Mom waiting. Dad would bring people home for supper without telling Mom...she could make a feast with dainties like a drive through window.

This article won’t be complete without summer holiday memories. As a family, we travelled with an envelope of money when the money ran out the holiday was over. We travelled coast to coast, Mom was the GPS and Dad was the driver. We travelled in a car without AC and camped in a tent and eventually graduated to a 13 foot trailer. Not one meal was eaten in a restaurant no matter the weather. Only so much in the envelope!

Dad and Mom spent quality time together watching sports, whether live or on TV. Don’t call during the Stanley Cup or World Curling Championships! They spent two winters in Kelowna, where they enjoyed visiting with friends and family. They attended country fest, annually, into their 70s, camping in their Westfalia van. And yet another adventure included a drive up the Alaska Highway in May!!

Remembrance Day was emotional for Dad, his gratitude for freedom and country. He insisted on a flagpole and flag at the Odd Fellows Towers and it was up every morning and down every night. His campsite always displayed the Canadian flag.

Dad had no favourite foods but food in general and lots of it for company. They never bought quality wieners; rather, bulk, for the campground, much to the disapproval of family.

Every man has a plan - and if you don’t have a plan - make a plan to get a plan - that was Dad. Dads plan to reunite with Mom at Lions Manor fell short. Patience; we learnt, Dad had buckets for some things and very little for others. He waited 19 months to be reunited with Mom.

“Keep your stick on the ice” Ronny.

He didn’t tell us how to live; he lived, and let us watch him do it.

Receive notifications about information and event scheduling for Ronald

We encourage you to share your most beloved memories of Ronald here, so that the family and other loved ones can always see it. You can upload cherished photographs, or share your favorite stories, and can even comment on those shared by others.

Posted Mar 09, 2021 at 09:55pm
Our sincere condolences to Lila, Loraine, Brian, Beverly and all the family. Ron was a kind and sweet man. We have fond memories of him and will cherish them. You are all in our thoughts. Love, Rheal and Laurette.
Comment Share
Share via:

Posted Mar 09, 2021 at 03:26pm
While sorting through old pictures and newspaper clipping we found this Poem that we will share with you...

Posted Mar 08, 2021 at 10:48pm
Such a fine fine gentleman! I extend my heartfelt condolences to Mrs. Howe, Loraine, and the entire family.

Posted Mar 08, 2021 at 08:01pm
Lila and Family,
We are so sorry to learn of Ron's passing.
I remember the great times working at Royalite in Neepawa with Ron and the crew so many years ago. Ron was an absolutely super 'boss'. The Christmas parties were second to none and then of course there were the curling bonspiels!
May beautiful memories help you all through this difficult time.
With our deepest sympathy,
Bob and Gladys James (Dugald, MB)
Comment Share
Share via:
CS

Posted Mar 07, 2021 at 07:09am
Loraine, Chad and I spent more than 30 years camping and travelling with Ron & Lila. Ron was always up for a party and was a great entertainer. We had some great times. One of the most memorable was Ron & Loraine skating through the ice castle on Lake Louise, Alta. Greatly missed but always remembered. Thanks Ron from Cornel Stuart
Comment Share
Share via: 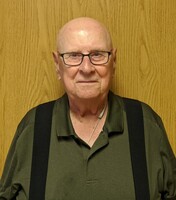 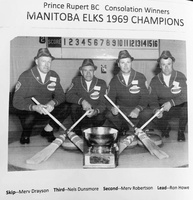 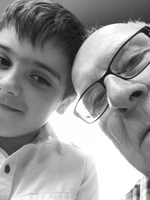 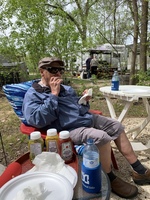