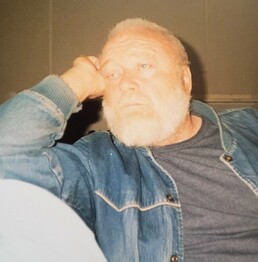 Peacefully, with family by his side, Ronald Wayne Land passed away on Saturday, September 10, 2022 at the age of 77 years, after a long, courageous battle with cancer.

Sunny, as he was lovingly called by his wife, always had a song to share, often one he made up. He was a very hard-working man who was a true jack-of-all trades. He had many hobbies and loves in his life, but none greater than time spent at his cottage in Matlock, MB with his family. Another passion of Ron’s was collecting everything, literally. He was a kind and generous man, who loved helping people.

A special thanks to Dr. Wong and his team at Cancer Care Manitoba for the dedicated care.

In keeping with his wishes, cremation has taken place and a Celebration of Life for family and friends will be held on Monday, September 19 from 1:30 to 3:30 pm at Assiniboia West Recreation Centre.