To share your memory on the wall of Rose Diawol, sign in using one of the following options:

Provide comfort for the family by sending flowers or planting a tree in memory of Rose Diawol.

Provide comfort for the family of Rose Diawol with a meaningful gesture of sympathy.

It is with heavy hearts we announce the passing of Rose Diawol on December 13, 2020 at the age of 82 due to complications from COVID 19.

She will be lovingly remembered by her son Danny and daughter Janet (Scott), her four grandchildren... Read More
It is with heavy hearts we announce the passing of Rose Diawol on December 13, 2020 at the age of 82 due to complications from COVID 19.

She will be lovingly remembered by her son Danny and daughter Janet (Scott), her four grandchildren Adam, Nicole, Joshua and Charlotte, as well as her sister Molly Panko, nieces and nephews, and very close family friends Marian and Louis Dufault, along with countless people whose lives she has touched.

Rose was born on November 7th near Hamilton, Ontario and at a very young age, her family moved to a farm in Stuartburn, Manitoba. She had many stories to tell about her time on the farm with her parents and brother and sisters, and she also loved talking about her horses and how she used to ride them across the Roseau River regularly. Farm life was difficult at times and her family worked hard, but she has fond memories of that time of her life. Shortly before she graduated, because there was a shortage of schools and teachers in the area, she was asked to teach at a school built near town for one school year. She wanted to graduate, so she moved to Winnipeg to finish up her education.

She met Stan in Winnipeg, and in 1961 and they married and bought a house together in the west end shortly after where she resided for the rest of her life. They had many get togethers with Stan’s old school mates throughout the years and they have become lifelong friends of hers.

A number of years after Danny was born, Rose went to work at the Pancake House at Polo Park. She worked there until Janet was born, and then stayed at home to care for her children, as well as babysitting the neighbours Marian and Louis’s children Lisa and Brent before and after school. Rose got to know all the neighbours very well and spent plenty of time talking to them and looked after the daily requirements of the seniors that were living nearby. Over a decade later, she found work at Opinion Place and later Dimark Marketing Research, where she met many lifetime friends and later retired to care for her first grandson Adam so that Janet could work . She continued to care for Nicole, Joshua, and Charlotte after they were born and developed a very strong bond to them. She loved her grandchildren immensely and would often call to ask what they were doing, what kind of pie they wanted, or to let them know she made perogies or some other delicious meal for everyone. In the past few years Nicole has often gone over to help her baba make perogies, or help with the gardening.

Holiday dinners were always held at her house with the dining table done up often with chocolate santas or bunnies on everyone’s plate and plenty of food to eat and later pack up to take home. She was well known for her perogies, cabbage rolls, bosrsht, and pies and made sure everyone got to have some.

Rose had a very close relationship with her sister Molly and although they didn’t live close to each other, they saw each other as often as possible and phoned each other regularly. They would often interchange speaking english and ukarainian in their conversations so that they could share something private, knowing very few could understand. Despite being 7 years apart Rose was as close to her older sister as any sisters could be. It was very important for them to connect near the end, and with the help of the nurses in Saskatoon and Winnipeg, her daughter Janet and Rose’s nephew Tony, they were able to talk to each other one last time.

Rose will be remembered as a very generous and caring person, who dedicated much of her life caring for other people, loved children, her family, baking, and gardening. She will never be forgotten in the hearts of those who knew her. She was irreplaceable and will be missed by all.

Rose has been cremated and due to restrictions, a small private graveside service will take place at Brookside Cemetery.

Donations can be made to The Heart and Stroke Foundation or Cancercare Manitoba.

Receive notifications about information and event scheduling for Rose 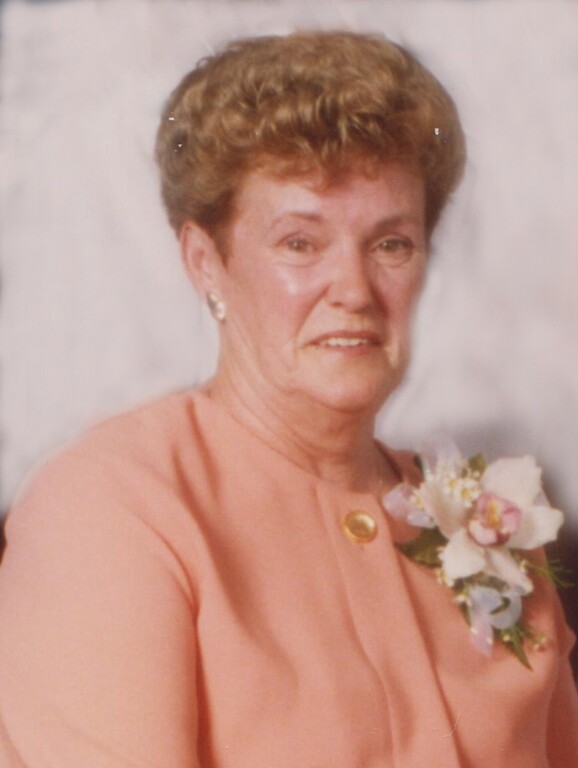 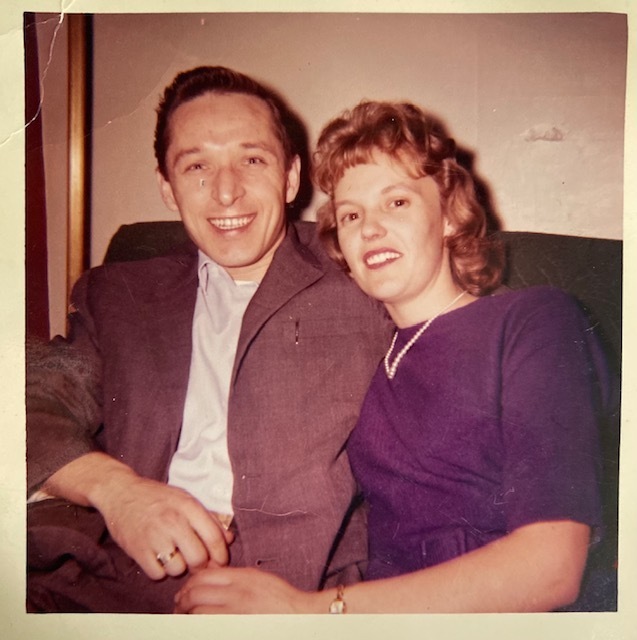 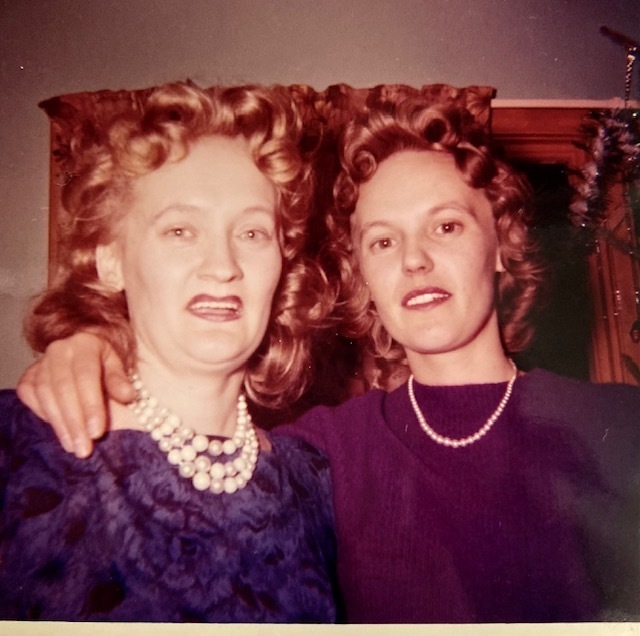 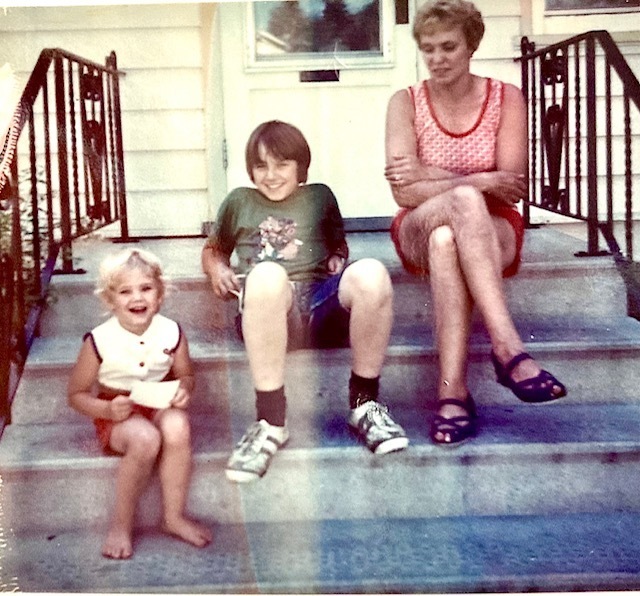 We encourage you to share any memorable photos or stories about Rose. All tributes placed on and purchased through this memorial website will remain on in perpetuity for generations.

Rose and I worked together at The Opinion Place. Even though I was her manager, Rose and I got along fabulously. I left Opinion Place mid-80s; my family and I moved to Calgary in 1989, where I was the head of marketing research at Canadian Airlines. In '94, I founded Delta Air Lines' research department - that's how far my work at Opinion Place took me, career-wise. I've connected with Rose once or twice since I left Winnipeg, but haven't done that for quite some time now. Had a weird dream last night that conjured up my WPG days, and I was going to call Rose tonight, but somehow, wondering about our boss Pat Reid, I started searching the obits. When I found out Pat passed in 2019, I started a search for Rose, and alas, it brought me here. I am SO sad that I just missed her, and that Covid took her. I wiped away tears as I read the lovely tribute that you wrote, Janet, and what others had to say, and the photos... Your mom talked about Danny (to this day I remember his name, but you were after my time :) My deepest condolences to the both of you, and to the grand children. I shall always fondly remember Rose Diawol.
With my deepest sympathies...Paul Lai
Comment | Share Posted Jan 06, 2021 at 08:50pm via Condolence
J

Thank you so much Paul, I do remember my mom talking about you with much fondness. My mom would have loved to have touched base with you again- I am so sad you didn't get a chance. Although my mom struggled with her health following cancer treatments 4 years ago (she was still cancer free!), her passing came as a shock to us, as she seemed to be doing ok on the Covid ward. Unfortunately she took a turn for the worst on day 10 and succumbed to this horrible virus. Glad to hear you are doing well, and I appreciate your condolences. My mom had wonderful memories of Opinion Place and working with you. Take care Paul, Janet
Posted Feb 04, 2021 at 05:10pm
BN

Janet & family, & Danny,
Boris & I are so, so sorry of the loss of your Mom, and our cousin. She sure had a talent decorating her dining room table. We dropped in at Easter, and she had bunnies on each plate. We'll miss her phone calls, just to say "Hi". We'll be thinking of you on Tuesday, take care, Love, Boris & Marilyn
Comment | Share Posted Dec 20, 2020 at 04:36pm via Condolence
J

Thank you for your support Boris and Marilyn, I am so glad we got to speak, even if it was under such sad circumstances. I think about her every day, and miss her so much. Janet
Posted Feb 04, 2021 at 05:12pm
LR

My heartfelt sorrow for the passing of Rose. (I and my family knew your mom from her days in Hamilton.) She was a wonderful, fun loving, generous person. When my husband & I visited
Rose & family she could not have been a more caring host. When I visit now, she was the first stop. on my round of visiting cousins, Boris was 2nd. I will miss talking to her. She loved her family. Luba Romanow (nee Slotiuk)
Comment | Share Posted Dec 19, 2020 at 05:51pm via Condolence
JR

Hi Luba, Thank you for the message, my mom often talked about her family in Hamilton and I will always remember being out there to visit you all. She loved having you visit when you could. Please keep in touch. Love, Janet
Posted Dec 20, 2020 at 10:14am
JF

She loved to plant outdoors, so this tree is in honour of her and the Earth.

Rose, I am so glad and very honoured to have known you. In the beginning when I moved on your street, I do recall I met you instantly. Honestly I started to hide from you if I saw you heading to my door, but that soon changed. I learned a great deal from you. My cat always liked your yard. Even though you considered him a nuisance, you always looked out for him. I think you took a liking to him after all. Rose, in each community there needs to be someone like you on every block, just to keep us in line, and mind our manners. I’m sorry I did not call you. Rose, you will always have a place in my heart. I will never forget you. With love to your family, Jennifer.
Comment | Share Posted Dec 18, 2020 at 04:56pm via Condolence
JR

Thank you Jennifer, you know my mom had a desire to get to know all of the neighbours and she really was sad when you moved. It’s nice that you stayed nearby and saw her occasionally. Janet
Posted Dec 20, 2020 at 10:17am