To share your memory on the wall of Susan Lucyshyn, sign in using one of the following options:

Provide comfort for the family by sending flowers or planting a tree in memory of Susan Lucyshyn.

Provide comfort for the family of Susan Lucyshyn with a meaningful gesture of sympathy.

Susan Lucyshyn (nee Polanik) passed away peacefully at the age of 96. She was born on April 1, 1924 in Bruno, Saskatchewan. She will be greatly missed by her family and the many friends and spiritual brothers and... Read More
(KSENA) SUSAN LUCYSHYN

Susan Lucyshyn (nee Polanik) passed away peacefully at the age of 96. She was born on April 1, 1924 in Bruno, Saskatchewan. She will be greatly missed by her family and the many friends and spiritual brothers and sisters that she had as one of Jehovah’s Witnesses.

Susan moved from Bruno as a young adult, to live and work in Saskatoon, Saskatchewan. There she met and married Mike Lucyshyn in 1948. Soon after their marriage they moved to Thunder Bay, Ontario, where they remained until 1962. They then moved to Dryden, Ontario where she resided happily for 49 years.

Susan’s greatest joy in life was to share Bible truths with people. Her hope was to be part of what is described for the earth in Isaiah 65:21-23. She was dedicated to sharing her faith up until her death. She also spent her life loving to sew, garden and read.

She was predeceased by her husband Mike in 2006, also by her parents, Daniel and Ksenia Polanik; brothers John and wife Helen, Harry and wife Anne, Stephen; sisters Mary and husband John, Kay and husband Adolph, Anne and husband Tom, Helen and husband Frank, Olga and husband Peter.

She will be greatly missed by so many.

A Memorial Service will be held virtually at a later date.

Receive notifications about information and event scheduling for Susan 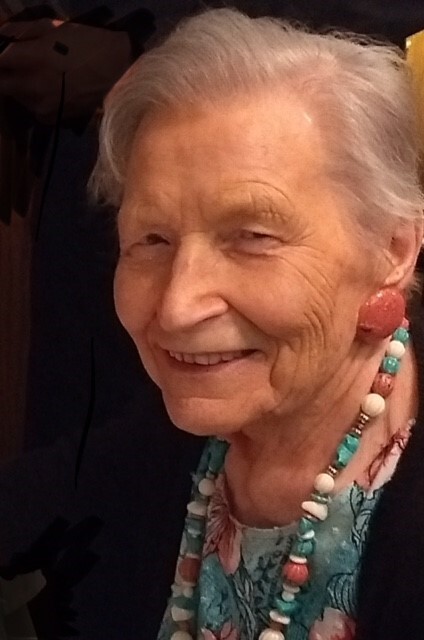 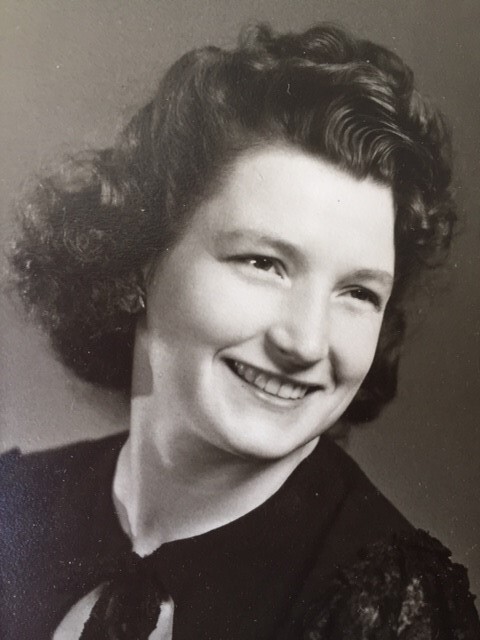 We encourage you to share any memorable photos or stories about Susan. All tributes placed on and purchased through this memorial website will remain on in perpetuity for generations.

Dear Eleanor, Don and Ashley, Judy and Lynn,
Stephane and I want to send the deepest sympathy in the loss of dear Susan. She was a loving and kind person who was always looking after others. Like mentioned in the obituary she did sewing for a lot of people. She made me a beautiful bridesmaid dress for my sisters wedding. We have great memories of her visits out here to Shawinigan with Mike and also our stopovers in Dryden when we drove outwest. She had this beautiful smile, which we all look forward to seeing in the new world.
We send our love to you all!
Donna and Stephane Fritz
Comment | Share Posted Feb 22, 2021 at 04:24pm via Condolence
R

We have many beautiful memories of Susan!! Above all was her wonderful example in her years of faithful service!! I was one of many who benefited from her beautiful sewing skills- she made my wedding dress which was used again later by another Pioneer sister as well as Donna's bridesmaid dress!! We also appreciated Susan and Mike's warm hospitality when we stopped off in Dryden on our way back from our wedding in Lloydminster. She had prepared a special honeymoon suite for us!! We really enjoyed their visit with us in New York. Susan brought me a bottle of Beautiful perfume from the border! It's still my favorite perfume!! So our thoughts and prayers are with Judy and Lynn, Eleanor and Don and Ashley!!
Comment | Share Posted Feb 19, 2021 at 06:23pm via Condolence
CB

Susan was a beautiful person with a great sense of humour. Had that infectious smile. We loved the time we spent with her. She was so young at heart and cared for others!
We will miss this dear friend!
Comment | Share Posted Feb 15, 2021 at 09:46am via Condolence
EH

To all is Mrs. Lucyshyn's family, I am so sorry for your loss. She was a very special lady. My first memories are of her visiting with my grandmother, then Eleanor married one of our favourite neighbour boys, Don. then Judy whirled into work at the Dryden Library. We were all treated to drop in visits and in awe of the beautiful outfits she sewed for Judy, what a talent she had. Then of course the ever so tasty treats that Judy often brought for us all to enjoy. It was an honour to have known her and her family. My love and sympathy to each of you
Earla
Comment | Share Posted Feb 14, 2021 at 06:29pm via Condolence
AT

To the family of Susan; we are so sorry for your loss. We look forward to the time we will have welcoming parties.
What a treat to have our hope of a new world.
Anne & Roy Twan
Comment | Share Posted Feb 13, 2021 at 06:57pm via Condolence