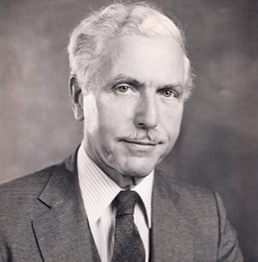 Walter (Wally) Mildren passed away peacefully at Riverview Health Centre on September 28, 2022, at 99 (or, as he would say, in his hundredth year), with his wife, Gladys, and his daughter, Gail, at his side. He was predeceased by his mother and father (Winnifred and Alfred), his brother (Albert), and his beloved daughter, Janet (Jan). Left to cherish his memory are his wife of 73 years, Gladys, daughter Gail, grandson Scott (Walker) and son-in-law Fred (Cross).

Wally was born in Barking, Essex, England, and received his certification in mechanical engineering in June 1941. Then, World War II intervened. He joined the Royal Air Force in December 1941, took part of his training in Canada, flew 30 operations in a Lancaster Bomber as a Pilot Officer, then served in India until April 1946. On discharge, he was awarded the rank of Flight Lieutenant (Ret'd). Wally received four war service medals (including the 1939-1945 Star), and the Bomber Command Clasp in 2013.

Wally immigrated to Canada in December 1946 in, of all things, a converted Lancaster, and arrived in Winnipeg on New Year's Day, 1947. He joined the Air Cadet Movement (220 Red River Squadron) in 1947, was appointed an officer in the Royal Canadian Air Force in 1950 and eventually achieved the rank of Lieutenant Colonel (Wing Commander). In 1978, Wally was appointed to the National Executive Committee of the Air Cadet League of Canada and was President of the League in 1984-1985. In addition to his war service medals, Wally received several medals and awards, including the Queen's Silver Jubilee Medal (in 2003). He was a lifetime member of the Air Cadet League of Canada (Manitoba Inc.) and a member of the RCAF Association.

After arriving in Winnipeg, Wally worked with the City of Winnipeg Engineering Department. In 1954, he wrote the Association of Professional Engineers of Manitoba's civil engineering exams and was registered with. The Association. He then worked as a civil engineer with Manitoba Hydro, until he retired in 1986.

His involvement with Freemasonry began in 1955. He held a number of executive positions in several of its Organizations, was awarded the Walter C. McDonald Medal for Meritorious Service in 1980, and in 1998 was elected an Honourary Past Grand Master of the Grand Lodge of Manitoba.

Wally's interest in music and the theatre was lifelong. He sang with the Winnipeg Philharmonic Choir, and performed with The Winnipeg Dramatic Society, Caravan Players, Tara Players, Shoestring Players and Assiniboine Players Shakespeare in the Park. Highlights were performing in Readers' Theatre with daughter Gail and in the Pantomime “Cinderella” with daughter Jan (as the Stepmother!).

Wally has left a legacy of dedicated public service, but above all else, he was a wonderful husband and father – loving, generous and caring, and always there to take care of and support us. He has described his dearly loved wife, Gladys, as “the centre of his world”. Married on September 17, 1949, Wally and Gladys spent much of their 73 years together travelling and meeting people who became life-long friends. In 1958, he built their summer cottage at Victoria Beach, and greatly enjoyed spending time with family there. He was so very proud of his daughters, Gail and Jan, and of his grandson, Scott.

To the staff at 3 West, Riverview Health Centre, who gave Wally such tender and loving care, heartfelt thanks and love from “Mama” and Gail. God bless and keep you all!

A service will be held at St. Luke's Anglican Church, 130 Nassau Street North, on Tuesday, October 11, 2022 at 2:00 p.m. Instead of flowers, donations can be made to the Air Cadet League of Canada (Manitoba Inc.) or to a charity of your choice.

To Wally, Dearly Loved Husband and Dad, thank you for being you!