To share your memory on the wall of William \"Bill\" Fraser, sign in using one of the following options:

Print
Bill died suddenly at his home on the morning of May 6th, 2021.

Bill was predeceased by his father Hugh Mckay Fraser, and his son Christopher. He leaves behind his loving family –mother Anne, wife Heather, son Hugh (Jaclyn), sister Le... Read More
Bill died suddenly at his home on the morning of May 6th, 2021.

Bill grew up in Charleswood with his family on Laxdal Road. He had fond memories of exploring outdoors and adventuring with his brother Jack and their group of friends, many of whom he stayed close with his entire life.

As a child, Bill spent summers at the family cabin at Victoria Beach, and also with his Baba and Gido in the Souris Valley in Bienfait, Saskatchewan. His love of camping and the outdoors was fostered during these summers and during family road trips in the tent trailer. Bill always held a very deep love and respect for his parents, Hugh and Anne, who instilled in him his strong sense of morality, and what it means to be a good person.

In his early 20s, Bill met the love of his life, Heather Mackenzie, in May 1977. They began their journey through life together, that would not end until his death. They were married in September 1981. In November 1981, their son Hugh was born. Hugh was the first child in Bill’s family, and among his group of friends. After their son was born, Bill and Heather bought a house on Seekings St. in Headingley, where he would remain for the rest of his life. Bill was a very involved father and held a very deep love for his son. He was always so proud of Hugh’s accomplishments, and was the biggest influence and role model in his life. As a family, Bill, Heather, and Hugh spent summers camping and staying at the family cabin at Victoria Beach, and visited family and friends outside of Manitoba, especially in Alberta, BC, and closer to home in Kenora.

In the late 70s, Bill started working at Ilford Riverton Airways / Air Manitoba as a shipper, and before long began his apprenticeship as an Aircraft Maintenance Engineer (AME), eventually becoming a licensed AME. This began his lifelong career in aviation. He excelled in his career, earning the respect and admiration of his co-workers, many of whom he shared lifelong friendships with. He became maintenance crew chief in the mid-80s. Bill spent his years at Air Manitoba working at the hangar in Winnipeg, and also flying to remote locations in the North to repair aircraft. Bill left Air Manitoba in the late 80s to try his hand at writing and journalism. He studied writing at the U of Winnipeg, and authored articles for the CBC, Winnipeg Free Press, and the aviation magazine Wings.

Bill returned to Air Manitoba in the early 90s, in order to prepare C-46 Commando aircraft to fly to Kenya, Africa and support UN relief efforts into Sudan. Bill and his crew modified these aircraft and flew with them to Africa, where he spent time maintaining the aircraft and living at the airstrip in Lokichogio, Kenya. During this time, Bill and his good friend Ted Hector hatched the idea to start a motorcycle repair shop. After returning from Africa, Bill and Ted opened Thunder Road Motorcycles on Sargent Ave in Winnipeg. Bill ran the shop for several years, and he was able to share his love of motorcycles and enjoy running a business together with his friend.

In 1996, Bill returned to aviation as an AME Instructor at Stevenson College in Portage la Prairie. The college expanded to Winnipeg, and Bill was the project manager for setting up a new Aviation Training Center at YWG and developing the AME diploma program. Over his years at Stevenson, Bill was promoted to Chief Instructor, and eventually promoted to Chair, Aviation and Aerospace, Red River College, Stevenson Campus. Bill educated many students over the years, from all over Canada, and had a positive impact in the careers of many AMEs. Bill also authored an aviation textbook, CARs for the AME, which is now the industry standard study guide for the Transport Canada AME License. At the end of his career in 2013, Bill was honored with the Manitoba Aerospace Award of Excellence for Education and Training.

Bill and Heather retired together in 2013, deciding to retire early so they could enjoy their golden years together. Bill was never idle or bored, and spent his retirement travelling, and working on all kinds of projects. He and Heather wrote, filmed, and produced two documentary films; The Locomotives of Bienfait, and SALT, which just had its premiere at the Park Theatre in the fall of 2020. Bill was also involved in his community and made a film for the Headingley Grand Trunk Trail Association to promote their portion of the TransCanada Trail. Bill and Heather went on many trips together, all over Europe and to various tropical destinations. The last trip they made was a very special trip to Ukraine, with his brother Jack and sister-in-law Shelly, where they visited the village in which his mother was born.

Bill was an accomplished musician, having played guitar almost every day since he was a teenager. He wrote and played his own original songs, and loved to play music with his family, friends, and Heather.
Bill had many friends, and he always made a point of staying in contact with them. He had very close friends from his childhood in Charleswood, whom he still saw regularly. He also had a group of friends from his career in aviation, who called themselves the AMEgos. They met every week in Bill’s garage at his home in Headingley to solve the problems of the world.

Bill was always with his wife Heather, as they were inseparable. They were both so happy that their son Hugh had moved back to Manitoba, after a decade living in BC. Bill and Hugh were able to spend the last year together, and they both cherished these moments.

Bill’s sudden departure from this world has left a great hole in many people’s lives. He was the best of men, modest, a loving father and husband, and a great friend. Words can’t express how much he will be missed. He was taken too soon from us.

In lieu of flowers, if friends so desire, donations may be made in Bill’s memory to the Winnipeg Humane Society, 45 Hurst Way, Winnipeg, MB, R3T 0R3.

Receive notifications about information and event scheduling for William "Bill"

We encourage you to share your most beloved memories of William "Bill" here, so that the family and other loved ones can always see it. You can upload cherished photographs, or share your favorite stories, and can even comment on those shared by others.

Posted May 26, 2021 at 08:26pm
I met Bill as a young apprentice AME. He was to become my first crew chief and as such I learned a lot about aircraft maintenance from him but I also learned a lot about life as he always embraced his crew and made us all into a family. So sorry for your loss Heather.
Comment Share
Share via:

Posted May 18, 2021 at 02:41pm
Bill was my next door neighbor and best friend growing up. We learned how to play guitar together (he was better), built forts, played pick up baseball (Carol was always better than either of us) and just generally hung out. I don't recall that we ever had a falling out or disagreement. He was so easy to like. While our paths as adults went in different directions my memories of those days in Charleswood are my fondest; especially playing kick the can until it was too dark to even see the can anymore! I am deeply saddened to hear that he is gone. Anne, Lesley, Jack, Carol, Janine and Bud - I am so sorry for your loss.
Comment Share
Share via:
A

Posted May 17, 2021 at 06:28pm
I met Bill at Stevesons in 2005. I did the AME program and had Bill as an instructor. I often strive to model my professional conduct after his example. I really appreciated him for his kindness and approachable demeanor. He had given us so many tidbits of really great work and life advice. He spoke about his family with emense pride and love. To his family I am very sorry for your loss. He made an impact in my life and I imagine all the more in yours. God Bless you Bill and your family.
Comment Share
Share via:
EG

Posted May 15, 2021 at 09:13pm
I'm so in shock to hear of the passing of Bill a wonderful friend to many, a good father to Hugh and especially a great husband to Heather. He will be missed and was taken too soon from this world. My deepest condolences to you Heather and Hugh and to the rest of Bill's family.
Comment Share
Share via: 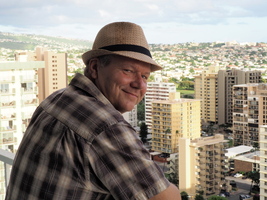 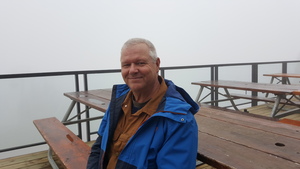 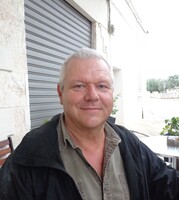