To share your memory on the wall of Anthony Smaha, sign in using one of the following options:

Tony was a jack of all trades including owning a restaurant, The Pagoda, and spending most of his working life at Canada Post alongside his son Tony. He was a great sportsman playing hockey, golf and founded the Winnipeg Old Timers hockey league, which is still running today.

His greatest pleasure in his retired life was spending the winter months with Nettie in Texas at their trailer. Tony was caring, generous and never had an unkind word to say.

A celebration of Tony's life will be held at a later date when we can all gather together outdoors at his favourite place, the cottage at Sandy Hook, MB.
Read Less

Receive notifications about information and event scheduling for Anthony

We encourage you to share your most beloved memories of Anthony here, so that the family and other loved ones can always see it. You can upload cherished photographs, or share your favorite stories, and can even comment on those shared by others.

Posted Apr 03, 2021 at 12:19pm
Nettie and family. So sorry to hear of Tony’s passing. Remember talking to you both on our walks around Trails End park. Our condolences.
Randy and Maureen Demyd
Comment Share
Share via: 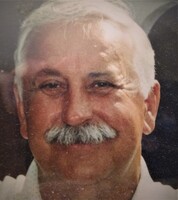