To share your memory on the wall of Franz-Arnold Lawrenz, sign in using one of the following options:

Arno was born in Preetz, Germany to Hella and Franz Lawrenz and is survived by his loving wife of almost 45 years, Marge, daughter Mellanie (Mark), son Nicholas (Theresa), grandsons Evan, Joel and Joshua, his brothers Jens and Lutz both in Germany and brothers and sisters-in-law in Canada namely Anne, Abe & Agatha, Helen, John, Bill & Shannon, Ed, Jake & Gail, Andrew & Karen, Cathy & Phil and Arthur. He will also be sadly missed by all the German and Canadian nieces and nephews as well as friends he made along the way.

Arno and Marge met while Arno was stationed as a soldier in Shilo, Manitoba in 1975 and married the following spring. He immigrated to Canada after he was discharged from the German Army that spring and together, they lived in Brandon for a number of years where their daughter Mellanie was born. After moving to and working as a mechanic in Neepawa, Manitoba briefly they moved to Winnipeg where their son Nicholas was born. He worked as a trim mechanic at Park Pontiac for 26 years and then at Versatile Manufacturing in the Research and Development Department which is where he retired from in summer of 2015.

In his healthier days Arno enjoyed badminton, tennis, golfing, fishing and judo having made it all the way to brown belt. He was competitive also in all board and card games as some particular people will recall, especially in Cribbage. He learned baseball and later coached PeeWee’s. Arno had a love of Classical music and he loved to dance (and was very good at it ). He truly enjoyed and loved being with others no matter the reason. Always willing to help or be there for whoever needed him. Even if it was only to have a scotch!

Cremation has taken place and a Service/Celebration of Life will occur in late spring due to COVID 19.
Read Less

Receive notifications about information and event scheduling for Franz-Arnold

We encourage you to share your most beloved memories of Franz-Arnold here, so that the family and other loved ones can always see it. You can upload cherished photographs, or share your favorite stories, and can even comment on those shared by others. 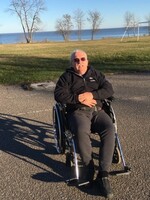 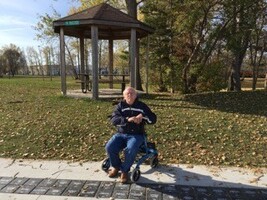 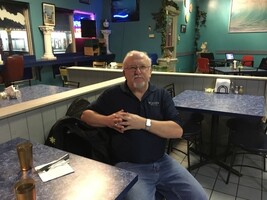 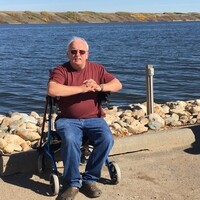