To share your memory on the wall of Glen Baillie, sign in using one of the following options:

Provide comfort for the family by sending flowers or planting a tree in memory of Glen Baillie.

Provide comfort for the family of Glen Baillie with a meaningful gesture of sympathy.

Dad was predeceased by the love of his life, Marjorie Baillie, in 2015; son Bill (aka Blue) in 2020; son Bob in 2015; and his dearly beloved granddaughter Meagan, that mom and dad raised as a teenager.

Dad leaves to mourn his two twin boys, Norm (Marc) Baillie and Larry Baillie; and Dad’s many grandchildren: Shauna Gatto (Tyler), Jason Baillie (Caitlyn), Jared Baillie (Christina), Kevin Baillie (Megan), Vanessa Baillie, Ross Baillie and Emily Baillie (Garret). Dad had many great grandchildren and loved them all dearly: Sunny who was that first grandchild, Eric, Alex, Kai, Colton, Bo Baillie and Mary, who made grandpa’s day every day she talked to him as he would make a clicking noise and she would come close up to the camera. GiGi loved it.

Dad had a smile that would light up a room and a voice that was recognizable to every person in the area. Dad met an amazing woman while working on the trains with Canadian Pacific, settled down with my mom and got married in 1954, and started a family of four boys. Mom always wanted a girl and our cousin Nancy fit the bill. Dad was known as Glen with one “N” and Uncle Glen with two “N’s”. That discussion about the correct way of spelling Glen went on for over 50 years with many practical jokes to follow.

Dad lived life large at whatever he did. We cannot describe the amount of giggling and practical jokes that were hilarious over our lifetime. Dad was an avid skier. Along with the family, my mom and dad would jokingly laugh that you do not give your young twins one pair of skis to ski on.

In 1953 our father started as a Constable for the Metropolitan Toronto Police Force and later was promoted to Detective Sergeant. At our parents’ place, whether it was in Scarborough on Painted Post Drive or Banff or Canmore, there was always a Sunday night dinner that all were invited to. Often family members and friends would schedule their vacations around attending the most amount of Sunday night dinners. One memorable night, our brother got onto the topic of buttons and it went downhill from there. Dad loved to fill his days spending time with his grandchildren, whether it was taking him on holidays across North America in their motorhome, or attending all of their sports games. Dad spent multiple times skiing with his grandkids, and when they fell, grandpa would look them in their face, brush off the snow, give his great big huge grandpa smile, and say, ”Let’s go!”.

Dad started off working for CP Rail and then went on to a 37-year career with the Metropolitan Toronto Police Force as a police officer. Dad was a dedicated Scout Venture and Rover Skip. He was not very competitive. After one ball hockey game, there was our dad with six other Ventures all in the Emergency Room. Dad had a lot of fun and it was more fun if it involved him winning. In the last few years of dad’s life when he was in Winnipeg, our dear friends Bernice and John would bring in appetizes and play cribbage with him. He always loved it when he and Bernice won at the game of crib. Although dad was in a nursing home, he made it out into the community every chance he got, including attending all CFL games wearing his Stampeders clothing. Grandad, a.k.a. Pops Baillie, is now an honorary armchair quarterback. Although Norman lives in Australia with his beautiful husband Marc, Dad always admired the cards they sent, showing it to those of us here when we walked through the door. Norm, know that you were loved by dad, and Marc, you also have a special place in our dad’s heart.

Jackie Gentle you were an amazing friend to my parents. To Ed and Robin, you spent many special times together, even putting up with our dad singing Delta Dawn while driving you two in your convertible after your wedding. Ed, your sister was our dad’s Delta Dawn: What’s that flower that you have on, couldn’t be a faded Rose from days gone by.

Mom, dad will see you at the mansion in the sky, just look for that huge smile.

After the police force, dad opened and operated the Spoke & Edge Ski Shops and mom ran the Happy Bear gift shops. Once he sold his business as he got heavily involved with Rotary, Dad became the Rotary District Governor from 1996-1997 and told others it was the best year of his life. As a child, dad had polio and was dedicated at ensuring all children in the world would get vaccinated for polio.

The family would like to thank the hard-working medical professionals at the Grace Hospital and the front-line staff at the Maples Personal Care Home. Dad, you were all about educating people through the rotary and other volunteer activities. Your voice has not been silenced, it has become louder. Your picture has started national news about COVID 19.

Take care father. Have a safe journey to heaven on the wings of an angel and as the Oak Ridge boys sing, “Wasn’t That a Party.”

In lieu of flowers, donations may be made in our dad’s name to the Canmore Rotary Club, designated to the Glen and Marjorie Baillie Memorial Benefit Fund at https://www.canadahelps.org/en/dn/56113.

Receive notifications about information and event scheduling for Glen 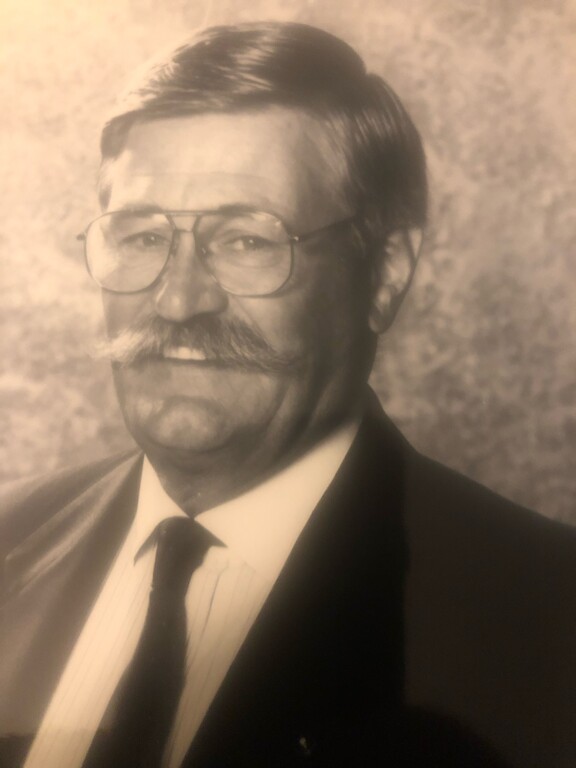 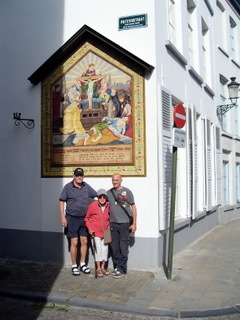 We encourage you to share any memorable photos or stories about Glen. All tributes placed on and purchased through this memorial website will remain on in perpetuity for generations.

My deep condolences to all the Baillie family. Glen and Marjorie were always a great addition to any gathering big or small and will be missed in the Bow Valley Community. It is not possible to mention one without the other in the same breath. RIP and may your dedication to each other continue to inspire.
Comment | Share Posted Nov 21, 2020 at 07:54pm via Condolence
AR

My sincere condolences to all. I have many fond memories of Glen and all the Baillie family from my years in Banff. Memories cherished.
Comment | Share Posted Nov 21, 2020 at 06:31pm via Condolence
LF

I knew Glen & Marj for years here in Banff. I must say that's one of the best obit's I've ever read. Really well done & covers the colourful life that Glen led. How can you forget a smile like that & a handlebar moustache to boot. What a ride you've been on & I know it will continue through many others.
Comment | Share Posted Nov 21, 2020 at 06:06pm via Condolence