To share your memory on the wall of Grace McMurray, sign in using one of the following options:

Provide comfort for the family by sending flowers or planting a tree in memory of Grace McMurray.

Provide comfort for the family of Grace McMurray with a meaningful gesture of sympathy.

Born and brought up in Sydney, Cape Breton Island, she was one of five sisters including her beloved identical twin sister Eleanor. At the age of 19 Mum worked in Halifax as an assistant to the Crown Prosecutor. She loved her work but what gave her most joy was singing with her trio, The Three Debs on CBC's weekly concert series Rendez-vous and Rhythm.

During the Second World War Grace met her own Golden Boy, Leonard Denison McMurray while he was serving in the Navy. Dad was fully embraced by the sisters and their husbands and made an Honorary Maritimer. Following the war Grace and Len settled in Winnipeg where Mum was welcomed by many people who became her lifelong friends. Her move to the Prairies never weakened her love of the ocean and swimming but as an alternative she came to love Lake of the Woods.

Once a Maritimer, always a Maritimer and over the years there were many reunions involving travel epic bridge tournaments and of course the five sisters harmonizing the old songs. Mum always had a song on her lips and sang with the Women of Note, St. George's choir and The Wellington choir. Mum was a positive person, an avid reader with an inquiring mind and loved a good conversation.

GG, as she was known to her family and friends, both young and old, left a legacy of four children, Barbara Kirk (Brian), Shanly Donahue (Jack), Douglas McMurray (Jola) and Suzanne McMurray; seven grandchildren and 16 great-grandchildren who all adored her! Mum is also survived by her eldest sister, Peggy McAlpine in Halifax, NS.

Thank you to everyone who has shared such kind and loving memories of Mum. Thank you to the dedicated doctors and nurses at the Concordia Hospital who recently cared for Mum. Our deepest gratitude to the staff and many friends Mum made at The Wellington. Fearless when bidding, we know Mum will be missed at the bridge table!

At Mum's request there will be a private family service at a later date.

In lieu of flowers, donations may be made to the Grace and Leonard McMurray Fund at the Winnipeg Foundation, 1 Lombard Ave., #1350, Winnipeg, MB R3B 0X3 or to a charity of your choice.

You will always be our sunshine, Mum!!

Receive notifications about information and event scheduling for Grace 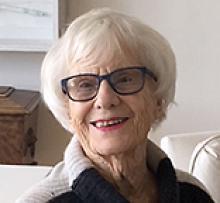 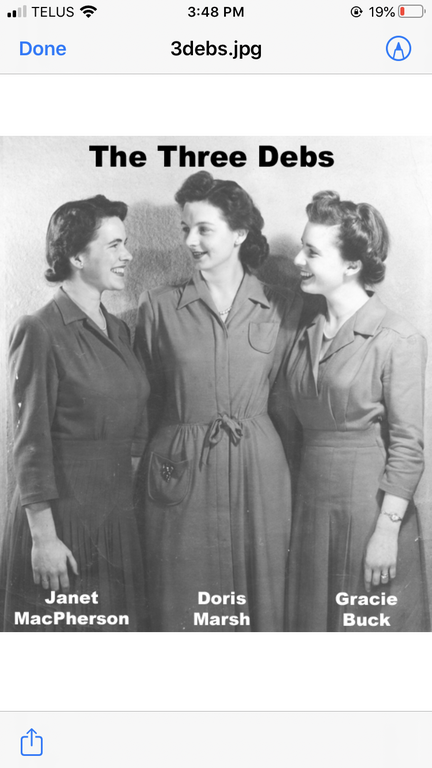 We encourage you to share any memorable photos or stories about Grace. All tributes placed on and purchased through this memorial website will remain on in perpetuity for generations.

We encourage you to share your most beloved memories of Grace here, so that the family and other loved ones can always see it. You can upload cherished photographs, or share your favorite stories, and can even comment on those shared by others.