To share your memory on the wall of Randolph \"Randy\" Tomchak, sign in using one of the following options:

Randy grew up on the family farm in Fraserwood, which instilled in him an amazing work ethic that lasted throughout his life. He attended Gimli High School and was known to drive the tractor into town, until he became the proud owner of a motorbike and, later, his beloved Chevy Monza. After high school, Randy backpacked with friends through Iceland and Europe.

As a young boy, he always had a book in his hand and this love of learning would extend throughout his life as he earned various degrees. Randy earned a Bachelor of Arts, Bachelor of Education and Masters in Education degree from the University of Manitoba, along with diplomas in Business Administration and Business Teacher Education (Honours) from Red River Community College and a Diploma with Distinction as Microcomputer Specialist from Grant McEwan Community College.

Randy taught at R.D. Parker in Thompson, and was an active member of the Thompson Teacher’s Association. He met his wife, Michelle, there, as well as an amazing group of life-long friends. He volunteered with the Civil Air Search and Rescue Association for the North.

Randy worked at Tec Voc High School as an IT Teacher for 18 years and was also involved with the Winnipeg Teachers’ Association. He was committed to his profession and was innovative in running Moodle server content management software for fellow staff. He volunteered for local and national organizations that enriched students’ learning experiences, like Skills Manitoba/Canada, Red Cross, and Canadian Cyber Defense. Every lunch hour, you could find Randy with students; he always had time to help them. His famous potluck lunches were a big hit. The Tec Voc staff and students were his treasured extended family.

Randy was a great friend to others. He always made you feel welcome and conversations with Randy were witty, fast-paced and thought-provoking. He enjoyed cooking and he shared his culinary skills with many guests.

Randy’s most important role was being a dad to his 3 princesses. His life was filled by supporting their interests. He was their biggest fan and supporter, whether as soccer coach, chauffeur to music lessons, chef and volunteer at Girl Guide events, cheerleader at Ukrainian dancing and curling, and geocaching captain of the 5 Goofy Goobers. Randy was very proud of his daughters, their achievements, and the adults they became.

Randy enjoyed one year of retirement – travelling, volunteering with the Red Cross, working for elections, teaching two terms at Tec Voc - until he was diagnosed with pancreatic cancer. His family would be thrilled that donations be made in his memory to pancreatic research at cancercare.mb so, in the future, individuals could have an opportunity to hope for a cure. The family would like to thank the team involved in his medical care, and friends and family for the outpouring of support on this heartbreaking journey.

Condolences can be left online at Neil Bardal Funeral Home @ www.neilbardalfuneralhome.com
A celebration of life will occur at a later date.
Read Less

Receive notifications about information and event scheduling for Randolph "Randy"

We encourage you to share your most beloved memories of Randolph "Randy" here, so that the family and other loved ones can always see it. You can upload cherished photographs, or share your favorite stories, and can even comment on those shared by others.

Our deepest condolences in this very difficult time.

Please find attached a virtual card on behalf of the Manitoba Emergency Management staff at the Canadian Red Cross.

We have also made a team donation to CancerCare in Randy's honour. He was an incredible member of our team, and will be very missed.

All the best and our thoughts are with you.

Posted Nov 10, 2020 at 12:38am
Michelle and family-Please accept our deepest and most heartfelt condolences at this most challenging time. Randy was truly a gentle soul who always showed compassion and caring for others. He impacted the lives of many. It was always a pleasure to be in his company where you could depend on having intelligent and interesting conversations. A great guy taken way too soon. As the previous owner of that Chevy Monza, I am happy that it brought him so much joy.
Our thoughts are with you all.
Gary and Della Burton
Comment Share
Share via:
HH

Posted Nov 09, 2020 at 07:05pm
Condolences to your family on the loss of a fabulous teacher and mentor. He was a great man who went above and beyond for his students. He will be greatly missed.
Comment Share
Share via:
DL

Posted Nov 09, 2020 at 06:22pm
Randy was a great friend and one of the most pleasant and upbeat individuals we've ever known. Our heart-felt condolences go out to Michelle, Rebecca, Sarah and Alyssa. Randy, rest in peace and you will be missed! Doug, Leanne, Connor and Eric
Comment Share
Share via:
JP

Posted Nov 07, 2020 at 07:49pm
Rest in peace Mr. Tomchak, my experiences with you at Tec Voc in your classes were some of the highlights of my years in high school. You helped me build a passion for computers, and I have that same passion still to this day. I remember the day you gave me a computer monitor so I could use my home PC again for homework, and I still have it to this day and I'm not getting rid of it. That meant alot to me you giving me that monitor. You were a great teacher to all of your students, and you were a great person. My condolences to the family, Rest easy Mr. T
Comment Share
Share via: 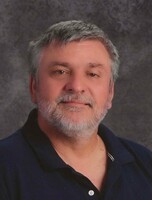 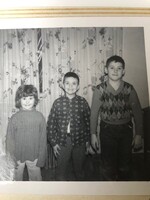 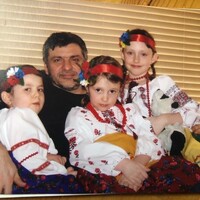 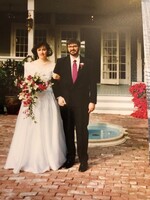